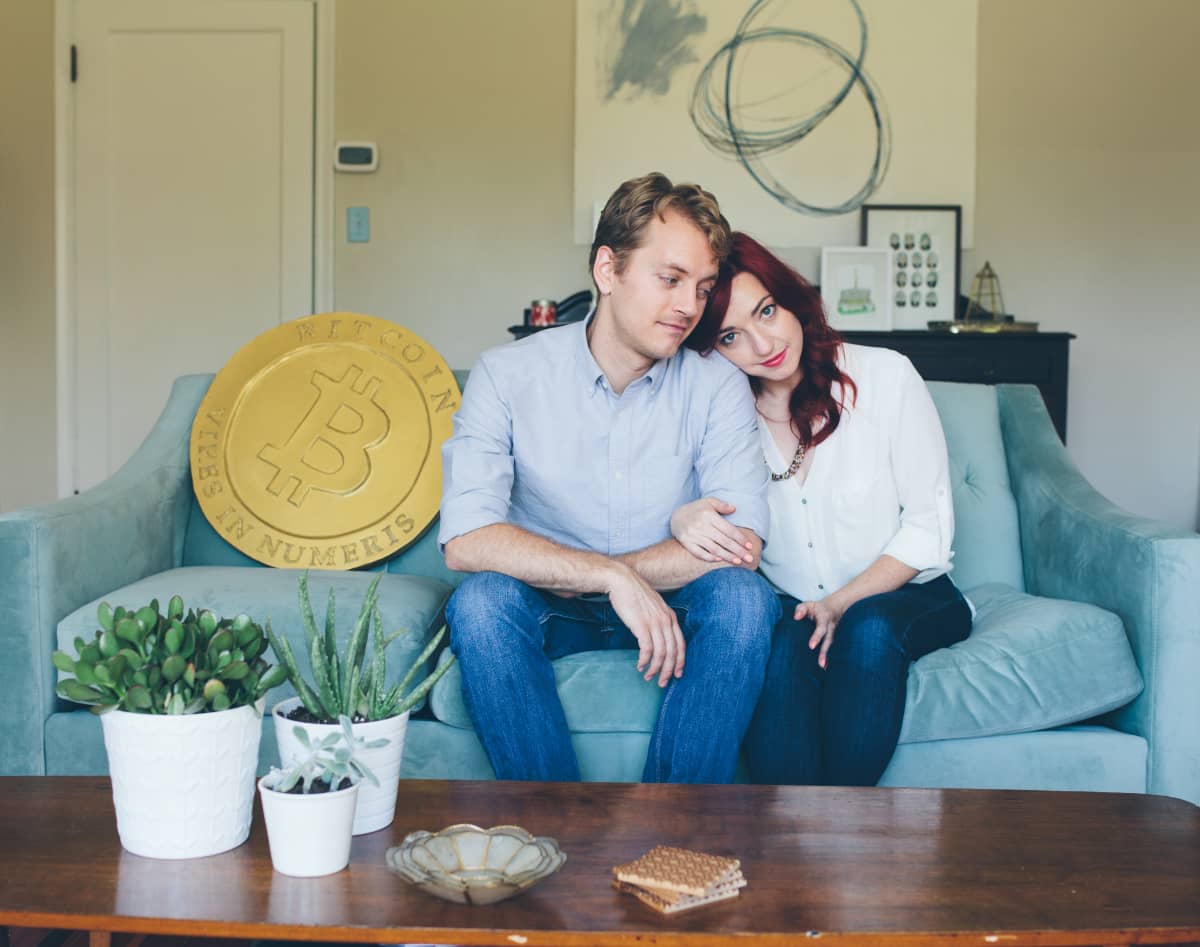 $85K for Burritos; A Retrospective on Bitcoin Spent in 2013

Editor's Note: This piece represents personal opinion and personal experience. It does not in any way constitute financial advice.
TechBuzz News and its authors and editors are not accredited financial advisors. Do your own research on any investment you choose to make.
Austin Craig, the erstwhile filmmaker, is currently chief writer and editor for TechBuzz News.
In 2013, I was 29 years old. I was engaged. I was also keenly interested in a relatively new technology called *Bitcoin.

I’d been reading about it for a couple years by that point. I’d tried bitcoin mining as early as 2011, but it proved too complicated for my non-engineer brain. I’m not a programmer, cryptographer, economist, or anything technical. I couldn’t figure out how to get involved.

But I am a media producer, and a friend had a crazy idea. I’ve worked in video production for years, both in front of and behind a camera. What if my new wife and I lived using only bitcoin for the first three months of our married life? We could explore the technology and make a documentary film about the experience. And that’s exactly what we did.

Life on Bitcoin was crowdfunded in Summer 2013. We were married on July 12. When we returned from our honeymoon in Costa Rica, we used only bitcoin for all expenses for the next 100 days, at home in Utah, across the country, and around the world.


Life on Bitcoin can be seen on Amazon and VidAngel.

Most of the film takes place right here in Utah. The project was challenging, as we knew it would be, and in most ways it was successful. We evangelized bitcoin to newcomers and lived and even traveled using nothing else. Most people hadn’t heard of bitcoin in 2013, and there wasn’t much interest in the documentary from major distributors. The film was finished and had modest distribution. Life (normal life) moved on.

Almost eight years later, a lot has changed. My wife and I have three kids, a mortgage, and very different careers.

Also, the price of bitcoin has changed. Virtually everybody in the developed world has heard of bitcoin. It's responsible for spawning Utah's largest Series A investment of all time.

One thing people still ask, especially when bitcoin is rallying, is…

“How much bitcoin did you have? And how much did you spend?”

At the time, I was working in marketing at a small startup (the story of that startup deserves its own writeup). My salary wasn’t huge, and neither was my wife’s (also in marketing). Our living expenses were modest. If I’m being honest, I didn’t catalogue each and every expense. I’ve never been great at budgeting.

But for the sake of the project, I tried to keep a record of expenses. 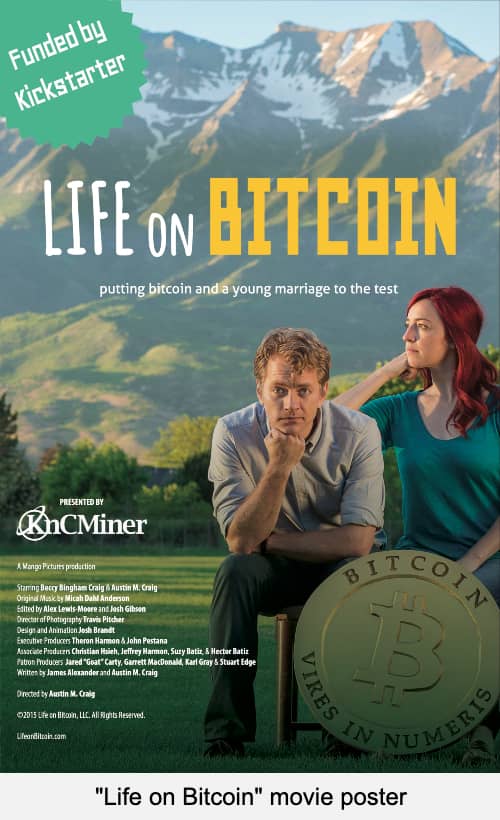 These were mundane expenses; rent, gas, groceries, travel, etc. But some categories are funny in hindsight.

During those three months, we spent 1.4335988 BTC on burritos. The local Sweeto Burrito was owned by a friend, and was one of the only places in town to accept bitcoin as payment.

They were good burritos. We were happy to pay for them.

I also paid 0.184 BTC for a pizza delivery via PizzaforCoins.com, a site that let you pay in BTC, and forwarded the order to Dominoes. The site is now closed.

I bought a Samsung Galaxy phone from BitMit.com, another site now defunct. It was something of a Bitcoin eBay. I paid 6.65057 BTC for that phone, today worth $392,700.

One of our biggest expenses was rent. Our landlord was very hesitant to accept this Internet funny-money, but unless he wanted to evict us, it was the only option we gave him. He finally relented, and ultimately became a huge bitcoin fan.

Getting gas was probably the biggest challenge, even more than international flights. After some discussion, the owner of a local gas station agreed to accept bitcoin for gas. We paid him, and he opened the pump for a prepaid amount. We paid him 2.72574466 BTC for gas for the duration of the experiment. As of April 2021, that would be worth roughly $161,200.

In Stockholm we stayed one night at a resort hotel. It was absolutely beautiful, with a window looking out on the river and the Royal Palace and the Houses of Parliament. Even then it was more than I liked to pay for a hotel, but we were in Stockholm for only a couple nights. Better to enjoy it, right? We paid 2.85781375 BTC. At the time it was worth ~$550. In April 2021 values, that would be worth $168,700.

In Berlin we hired a photographer to take our portraits in tintype photography. This is the same photography used in the 1800s. It’s what you see in portraits of Civil War soldiers. Again, we were traveling and splurged. There were four photos total. We paid roughly 2.2 Bitcoin. It felt very expensive at the time, roughly $400. In April 2021, that BTC would be worth ~$130,000.

There’s more. Most of our time was spent in Provo Utah, but we also traveled to Atlanta, New York, Stockholm, Berlin, and Singapore. Our spending options in those places were even more limited than at home, where we knew people who owned businesses, and who could be persuaded to accept our bitcoin. As strangers overseas, we were usually less persuasive.

The followup question, of course, is "Do you regret spending it?"

There would have been no way to do our experiment without spending bitcoin. That was the whole point. We got to meet amazing people and travel around the world. It was a great experience. We learned about ourselves, my wife and I grew closer together, and we’re proud of the finished film. This wasn’t ultimately about making gobs of money. Most indie films never do.

But do I regret not buying and saving more?

Well... that’s a different story. Bitcoin is up 564X since we started crowdfunding. It’s been the best investment of my life. But I haven’t retired to a Caribbean island just yet, so I’ll admit it.

Like everyone else on earth, I wish I’d bought and saved more bitcoin.

If you think bitcoin and blockchain are a flash-in-the-pan, take some time to consider its short history. Learn the history of technological innovation generally. Bitcoin represents a world-changing technology on par with the Internet itself. That was true in 2013, and it's still true today.