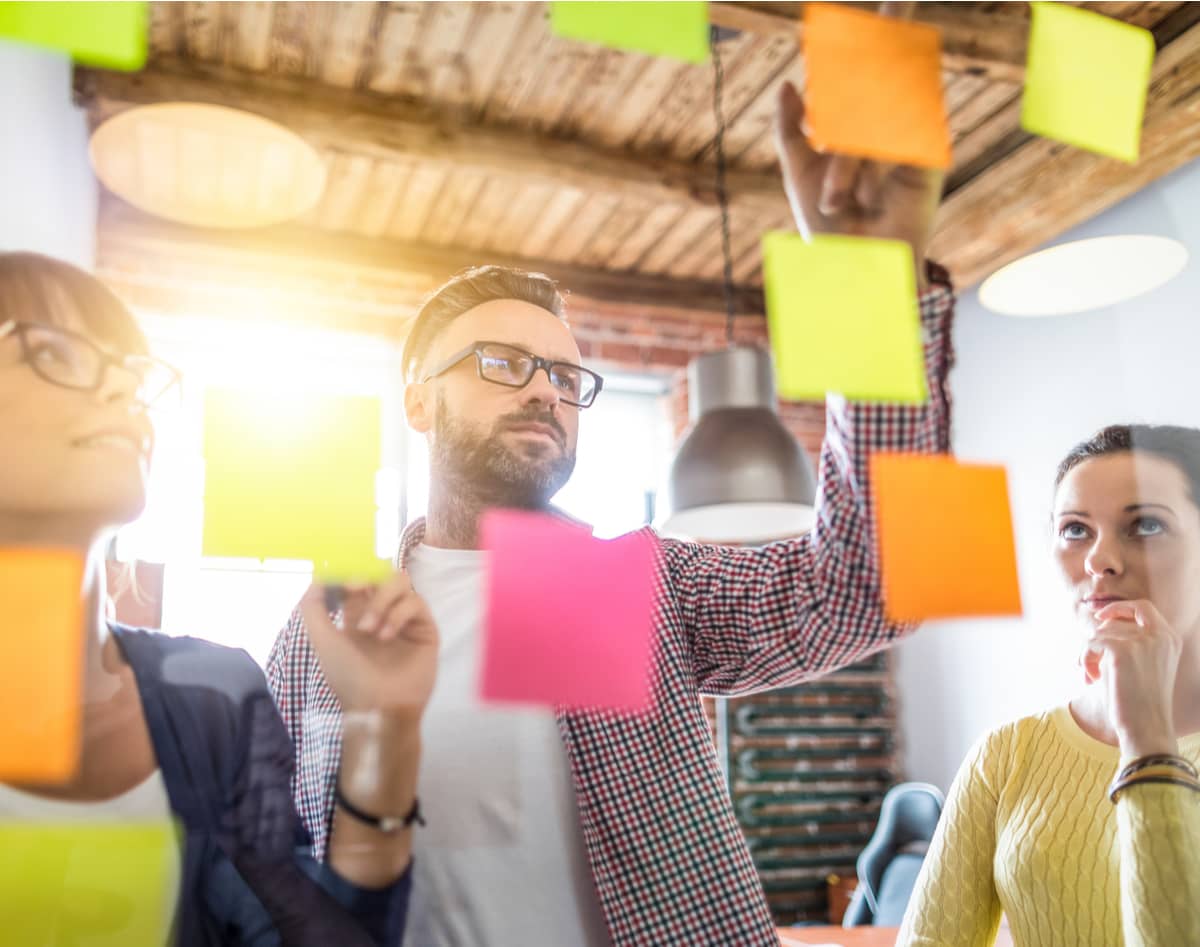 Dealing with the Growing Pains of the Growth Stage

What is the difference between early, growth, and mature company operating environments?

People either intuitively or experientially understand there are differences between early and late-stage environments. Unfortunately, these differences are most often described either ambiguously, unfairly, or inaccurately. “Startups are fact-paced” is one such an example we’ve all heard. But in truth, while the pace of start-ups can be fast, other stages of businesses can be equally time constrained. Thus, startups do not have an inherently faster “pace of work” compared to any other stage of maturity. We default to aphorisms and generalizations. Nevertheless, it is true there are distinctions. Let’s take a look at what the real differences might be.

Of course, these four stages are not discrete. Rather, they represent a spectrum. If you want to read more about the nuances and characteristics that uniquely define the growth stage, see this article.

But if you don’t spend any time on the numbers in this graphic, then just do this: blur your vision for a second and look at the colors. The inception moment is green, the venture stage is clearly dominated by the lighter blue color, and the late stage by the darker blue. This graphic reflects a practical yet problematic truth about the growth stage; the growth stage is BOTH.

The growth stage is like a six-foot tall, 14-year-old adolescent that outwardly looks like an adult, and yet on the inside, is a confused youth. Stuck between the naïve understanding of a child, and the bold appearance of a strong adult, a six-foot tall 14-year-old combines aspects of both child and adult. In the same way, the growth stage holds similar contradictions and contrasts.

“Adolescence is one of the most fascinating and complex transitions in the life span: a time of accelerated growth and change.”
— The National Center for Biotechnology Information's "Risks and Opportunities: Synthesis of Studies on Adolescence" (emphasis added)

Over the last 13 years, we have observed two key components similar to human adolescence, largely define the growth stage. They are complexity and rate of change.

We agree with the school of thought that suggests that something is complex if it is:

Although not all growth stage companies are hard to describe, they are difficult to create and difficult to organize if for no other reason than because of size. Compared to a startup, growth stage firms have more complex variables which are required to create and organize the output.  Some of the most vexing variables are what we affectionately refer to as the humans.

Like an adolescent child entering adulthood, the rate of change eventually tapers off towards the end of the growth stage.  It is also true that the rate of change in both humans and businesses are comparatively constant to their early and growth phases of development. Company culture is a crucial factor influencing how humans respond to change endemic to every rapid-growth company.

Like teens transitioning from primary education to college, successful maturing companies must adopt materially different problem-solving strategies to succeed in a scaled (more complex) environment that continues to change at an extraordinary pace. What makes a child successful in primary education will not ensure success for the same young adult in college. So, what can be done to address the complexity and rate of change endemic in the growth stage? From a leadership perspective, we see two critical solutions, both of which flow directly from the two dimensions that define the problem.

To address increased complexity, individuals and teams must learn to access and maximize the collective intelligence of the organization.  Often called “collective genius”,  it distributes the problem across a broader base of perspectives and experiences.

To cultivate this collective genius, leaders must recruit with an eye toward learning agility (aka learning adaptability).  Then, in order to institutionalize this capability, organizations must learn how to leverage the collective intelligence in order to solve highly complex problems. It turns out that individual human beings are not the only ones to posses intelligence; organizations carry their own collective intelligence. Effectively led, we refer to such a group as the “Learning Organization.” Think of it as a distributed network of computational and problem-solving capability. It is not a single threaded processor working discreetly on unique problems, but multiple threads and processors working in parallel solving complex problems.

Culture, strategy, product, planning, you name it — all become solvable by forsaking a top-down leadership, communication, and enforcement strategy. With such a super (human) computing mechanism available, the CEO now has an unfair competitive advantage.

But here’s the catch, no longer can the CEO hold a "hyper-producer" identity in which the rest of the organization is the enabling, optimizing support structure. Think precisely the other way. The whole of the organization is a resilient, capable, thinking, empowered production unit, and the CEO and leadership team’s job is to support and enable them. When a company reaches the size of 50 to 80-ish employees, the CEO should have understood and seen that the collective wisdom and capability of the whole are far greater than her own. If not, then that CEO has built the wrong team and culture.

This bears repeating. If the CEO (or leader) doesn’t feel a twinge of pride-swallowing poke to her ego by constantly deferring to a massively smarter collective than herself, then the leader is operating inefficiently.

This term applies to both the individual and the team and it is the ability to adapt, improvise, and overcome new challenges. It's more than just the "build-measure-learn" pattern we in repeat in short cycles through product development. This is a trait that extends beyond the development parts of the organization.  There must be a natural capacity for the entire organization to do the same for every function of the business. And there is some evidence that suggests that they must do it at a level on "par" compared to the rest of the team, or else the whole is prone to fail.

The knowledge transfer process in startups is informal and uncomplicated. Fewer people and flat hierarchy means fewer human variables and no “communicate-through” strategies required to create and exchange new knowledge. This same strategy breaks down in the growth stage.  Successful growth stage leaders understand that what got them “here” will actually ensure that they won’t get “there” when it comes to communication systems and methods. To adapt, leaders and teams engage in some form of double and even triple loop learning process so that individuals and teams develop greater context. A more in depth discussion can be found here and summarized in the chart below. 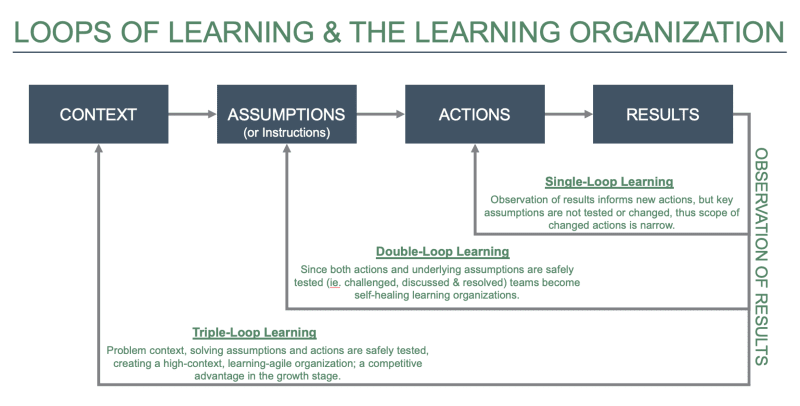 2) CREATIVITY AS A COMPETITIVE ADVANTAGE

Humans have a unique capacity for what biologists call the “promiscuous combination of ideas”. Like other animals, we have memory, planning, and calculative capacities. But unlike other animals, humans can take two or more unrelated ideas, connect them abstractly, and generate new meaning or knowledge. Further, since we possess this capability both as individuals and as a collective. We can combine orthogonal concepts together to generate novel conclusions as a group. Research suggests that a group setting is actually a key for generating new knowledge.

Therefore, it logically follows that creativity is an important ingredient for solving complex problems endemic to the growth stage. From a human capital perspective, the two critical enablers of creativity are a) intrinsic rewards and motivation systems and b) not just collaborative, but also collegial working environments.

The notion of compensation has evolved significantly over the last 100 years. Interestingly, there has been a parallel between a) where value is principally derived in an organization (and therefore where ownership has been allocated) and b) how compensation has been defined and dispatched.  See this article and graph below: 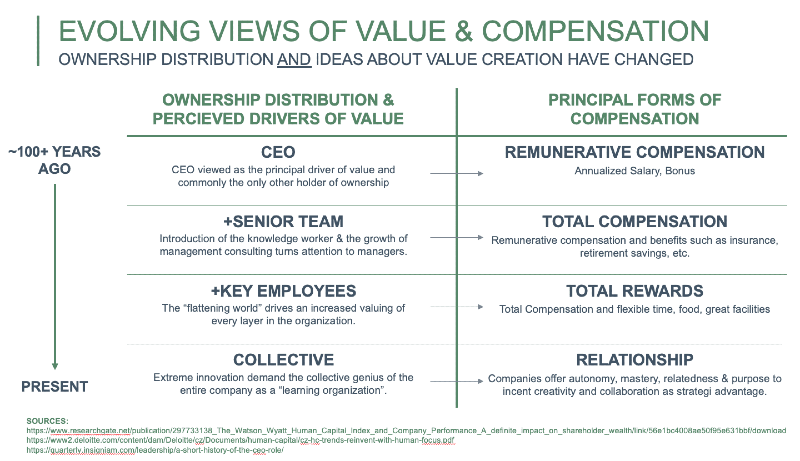 "Work" by then Watson-Wyatt in the early 2000’s (Human Capital Index) popularized the idea of "Total Rewards". Recent work by Deloitte confirms what most practitioners of leadership and organizational management already knew: that relationships are a rare, valuable, and difficult to imitate type of “currency”.

Combine the importance of relationships with the criticality of the collective in complex problem solving, and it becomes clear how critical compensation design and delivery must be.  Compensation must be profoundly intentional and repeatable. This is a concept promoted first by Dennis Wood as “Intentional Compensation”

Here are just a few Intentional Compensation guiding principles for leaders when designing a remuneration framework.

Everything is Compensation: Everything.

Many of us have a distant (for some of us not-so-distant) experience with someone who failed to fully develop emotionally, socially, or intellectually beyond their adolescence. Whether such an outcome is a function of intrinsic or environmental limitations may not be known to us, but the lost potential is often painfully clear.

In business, the parallel is far too common in the transition from early to growth stage.  Too many companies stunt their own growth and development by clinging to legacy thinking to solve novel challenges.  Understanding the seismic shit and the fundamental differences as a company transitions between these stages can prevent entrepreneurs and investors from falling into an avoidable trap.

It can also smooth the way for a more graceful transition, a brighter outcome, and a happier workforce. Companies can dramatically improve the odds of long term success in the growth stage if they are willing to adapt and recall the admonition that, “What got you here won’t get you to the next place.” 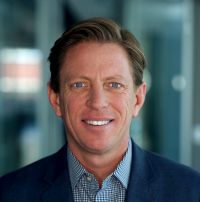 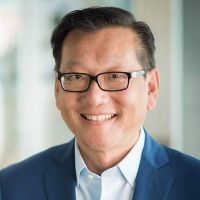 John Yoon leads the marketing practice at Mercato Partners and has deep experience in strategy, marketing, and product management in technology and businesses ranging from Fortune 500 to tech startups. He can be reached at jyoon@mercatopartners.com.

Dennis Wood leads the human capital practice at Mercato Partners. From venture-backed CEO at chargeback.com to head of people, talent, and culture at Fusion-io (acquired by SanDisk) and MaritzCX, Wood has spent his career identifying talent and building winning organizations. He can be reached at dwood@mercatopartners.com.