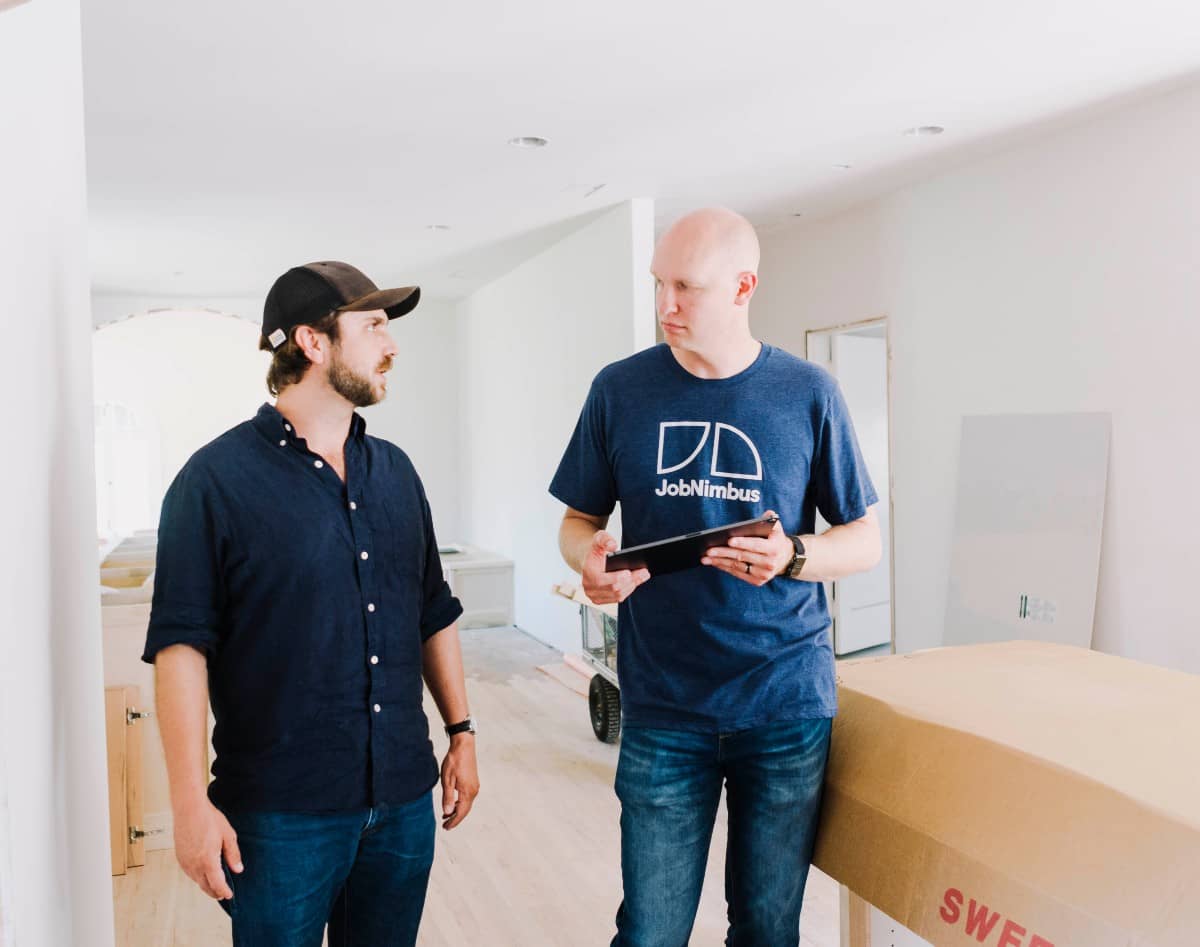 How JobNimbus Is Growing: Turning Roofers and Nerds into Heroes

You wouldn’t think much to look at the man’s Twitter bio.

It sounds like the aspirational one-line-resume of a dabbler. But if Ben Lane Hodson is a dabbler, he’s extremely effective at dabbling. 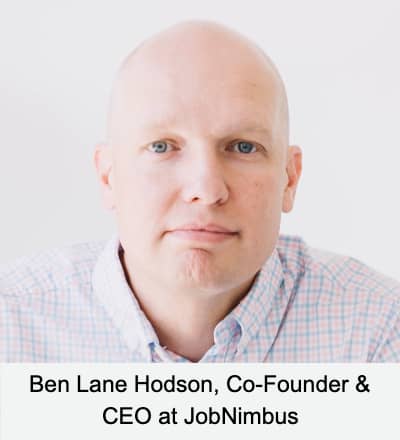 Yes, he’s written comic books, novels, and appeared at FanX, the Salt Lake City comics convention, to present on campy 80s sci-fi and horror flicks. But of special interest to this publication, Hodson is an accomplished software engineer and serial entrepreneur. His first software company (Venafi, founded in 2000) was acquired in May of this year for $1.15 billion. Today Hodson is leading his tenth venture, JobNimbus, which is at $14 million in annual recurring revenue and in January raised $53 million from Mainsail Partners of San Francisco.

None of it has gone to Hodson’s head. “When I die, nobody is going to care about what business deals I closed. The real question is ‘What did I accomplish? What impact did I make?’ And creativity, I think, is one thing people actually care about.”

Hodson brings plenty of that creativity and fresh thinking to JobNimbus. The venture launched in 2013 after a chance meeting with an insurance adjuster specializing in the roofing industry. Hodson learned that the roofing industry is full of capable laborers, but organizational tools and skills were antiquated or non-existent.

“I like comics, right? I love movies. And I think about ‘The Hero's Journey,’ of what it's like for the hero to level up. Our vision is to make contractors heroes. They're people that are doing good in the world. They're fixing, they're repairing things. They're straight shooters. I love our customers, and they're entrepreneurs like me, so I feel a real kinship with them. The problem they're running into is they don't know how to run their businesses. They're very good at their trade; not so great at running the day to day business.”

Never one to shy away from a challenge, Hodson began building software tools to help contractors. Within six months, he had customers ready to pay for the service.

“I didn't know anything about roofing. I didn't think much about construction at the time. I'm a software guy. All my businesses have pretty much been software businesses,” said Hodson. “I realized that the smartest people in America were trying to figure out how to make Twitter run faster. And the construction people were forgotten. We saw an opportunity.”

JobNimbus was started by Hodson and brothers Nick and Jason Wood, who now sit on the board but are no longer involved in day-to-day operations. The company has steadily grown, adding to their clients the largest roofing company in the US with over 800 employees. But the majority of clients are much smaller operations, just home-town construction workers with a small crew.

“You got the really small guys, called — this is actually a word they use all the time — ‘Chuck in the truck’. Like, a dude driving around, one person, he's the office person, the on-site worker, he's everything. Most of the market is about five to 25 employees.”

To make Chuck in the Truck into a hero for his customers, Hodson has built JobNimbus to help exterior contractors (they’ve expanded from just roofers) focus on four things: 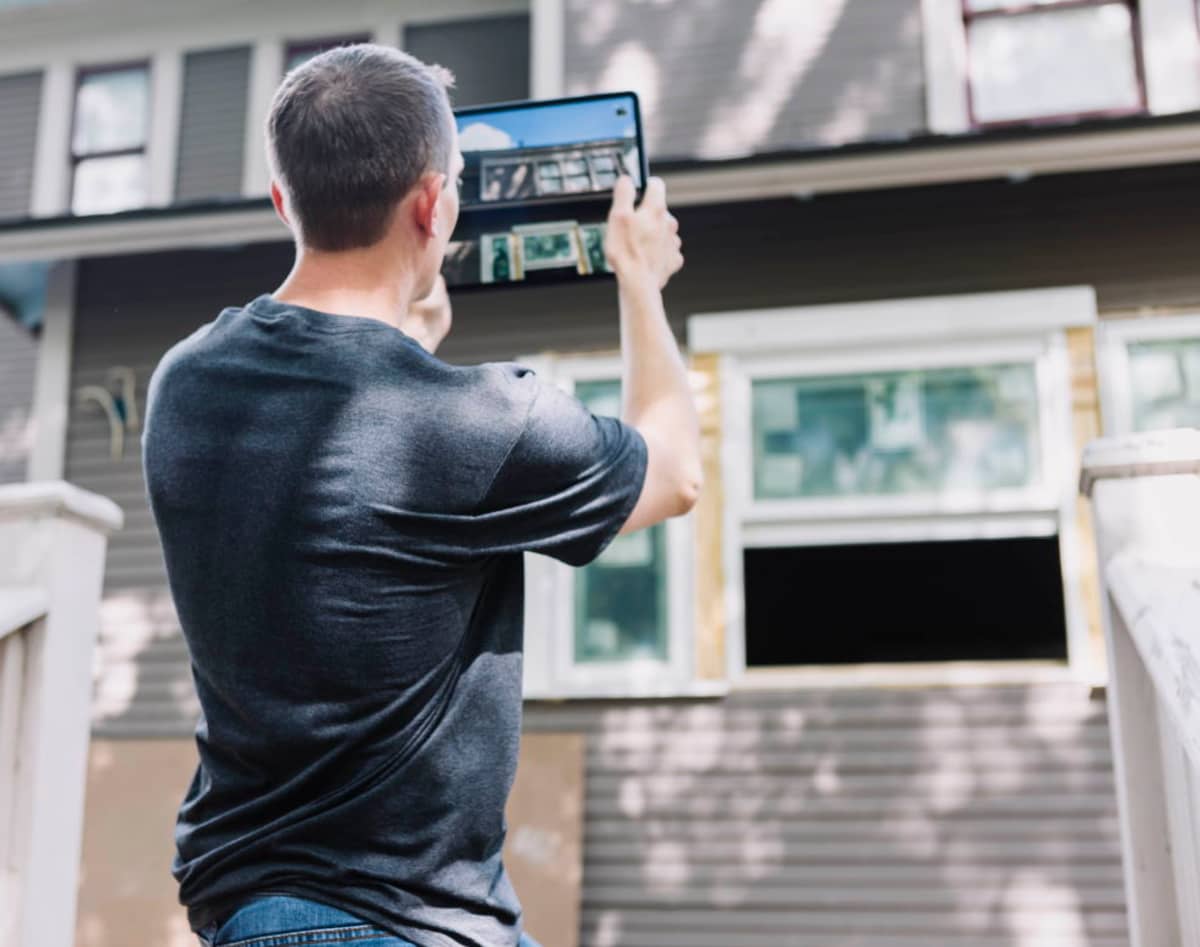 The results benefit the entire ecosystem. Contractors, who often lack formal business training, have software that guides them through the client relationship. They can ditch the clipboard and loose-leaf papers for an iPad app instead, which tracks all projects and paperwork automatically. Customer information isn’t as easily lost or forgotten. Assignments to employees can be made and tracked with timelines and deliverables. Even partners and suppliers are tied into the software.

“You can order job supplies in JobNimbus and get real time pricing. It knows exactly where the closest Beacon distributor location is to the job site. And here's the cool thing; it'll actually drop-ship deliver the pallets of shingles [or other supplies] to the house on the morning when the crew shows up. The materials are already there, ready to go.”

The company is hiring to scale the operation. “We've hired 48 people in just the last three months,” says Hodson. And rapid hiring notwithstanding, Hodson is set on fostering a world-class company culture.

To build that culture and team, JobNimbus created an internal recruiting team. “We hired Nathan Bennett, who's one of the top recruiters in the area. He's just a rock star. He's a guy that is obsessed with how recruiting can be done better.”

The team also hired Jared Olsen as VP of People Experience. Olsen was previously Head of Customer Experience at Motivosity, and is a self-described “people experience nerd”.

“One of my favorite things about JobNimbus is how we look for ‘Cool Nerds’ to be part of the culture,” says Olsen. “That means I can show off my self taught nun-chuck skills, incorporate as many Nacho Libre quotes into my regular speech as possible, and discuss my latest research on advancing the HR profession to People Experience (PX). I know that with JobNimbus I'm not just filling a job, but I'm able to be my authentic self and help build something amazing. I guarantee in the next few years JobNimbus will be THE bucket list employer in Utah. I know that because I'm obsessed with making it a reality, and JobNimbus loves that I'm a cool nerd.”

To mix metaphors, Hodson is a Renaissance man with the Midas touch. He’s able to tackle and thrive in widely varying fields, from pop media to industry-niche software development. And for contractors who need help growing their business, and cool nerds looking to join a growing company, that’s a very good thing.