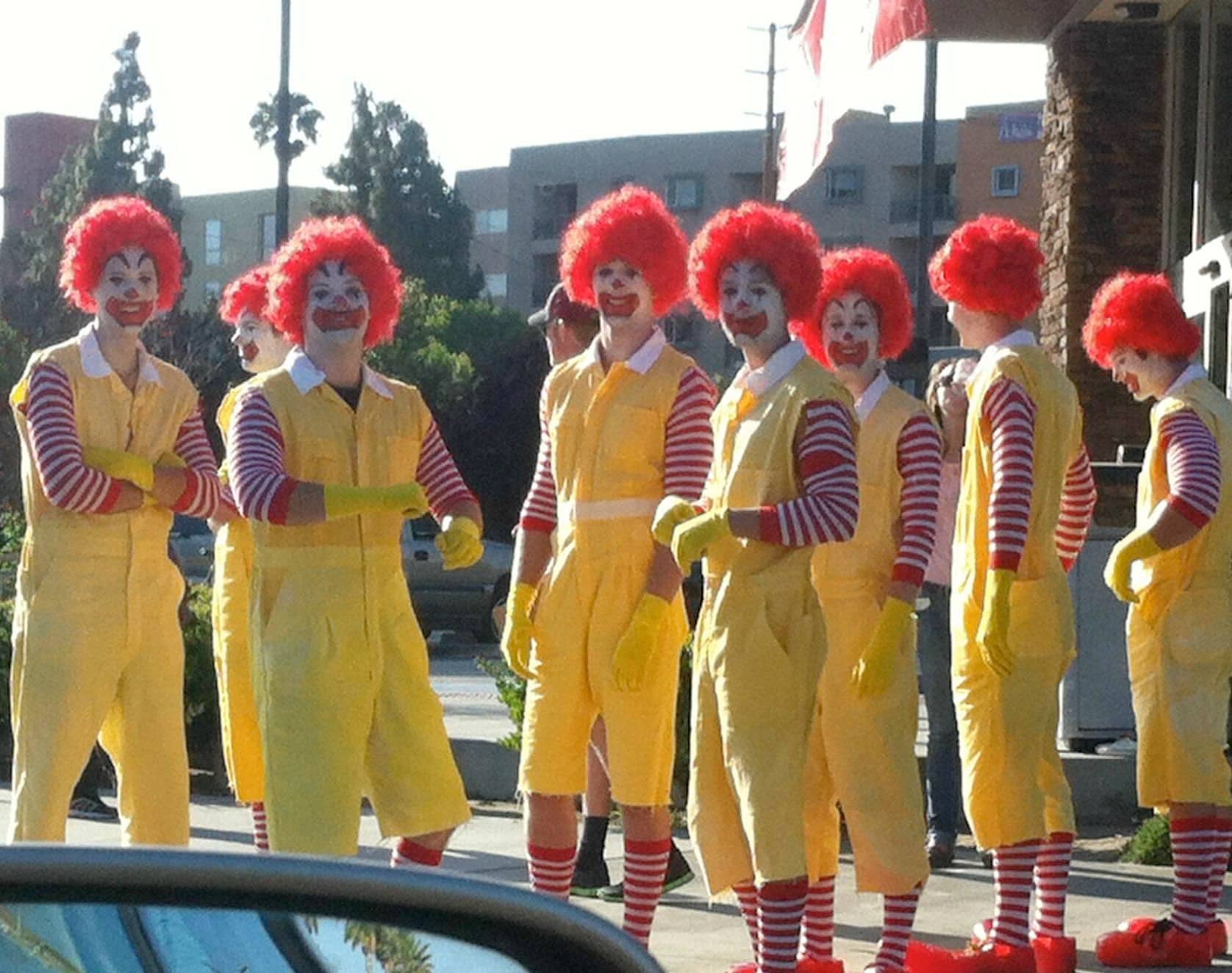 Lampooning Utah Tech: An Interview With Hold My Fry Sauce

Recently at the TechBuzz office, another cofounder introduced me to the work of "Hold My Fry Sauce",  an Instagrammer satirizing the Utah tech and entrepreneurship scene. HMFS takes no prisoners. Everybody is fair play. The takes are quick, funny, and very likely offensive to the subject of the jokes. But if we're being honest (and what is satire if not scathing honesty?), to be the subject of satire is a pretty sure sign you're notable and succeeding in some way. It's like Jack Sparrow's famous retort from Pirates of the Caribbean;

Norrington: "You are without doubt the worst pirate I've ever heard of."

Jack Sparrow: "But you have heard of me."

We talked with HMFS via email to get his-or-her take on Utah tech, what makes the community unique, and their love/hate relationship with "Sillycon Slopes".

Full warning; this interview is a bit saltier than our usual fare at TechBuzz. We're not endorsing, just offering food for thought. Have a laugh and enjoy the levity.

TechBuzz (TB): Podium. Weave. Entrata. Pluralsight. You seem to have the pulse of many (most?) of the major startups in Utah. How? Is there really that much gossip?

Hold My Fry Sauce (HMFS): Yeah, there’s lot of hot goss. When I started the account I just relied on what I knew from where I worked and the stories I heard, but after starting the account I’ve received plenty of DMs with stories and jokes or places I know nothing about. I guess the account has become the Lord Varys of the Utah tech scene, but I’m little worried about that. Lord Varys didn’t fair so well in the mighty Game of Thones. 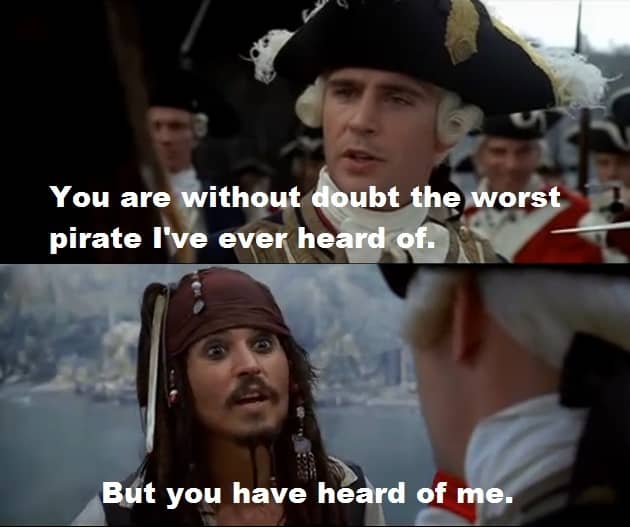 TB: Do you work in tech here?

HMFS: I grew up here in Utah, been here since the Wordperfect days. So yeah, been around the Utah tech scene my entire life. Still remember the Wordperfect rumor that the founder had a tunnel from the office park to his mansion. Utah tech has always been weird.

TB: Is there a story about why you started?

HMFS: I loved the insta account 'siliconsnopes' before it got deleted. They would poke fun at companies and the Silicon Slopes event every year. Not sure why they took it down but I wanted to fill the void. I had a few bangers in my head rattling around, but I didn’t know if I should create an account or not. Then, ironically, I passed by one of the meany Homie billboards polluting the sky, and it read “hold my fry sauce”. I took that as a sign from the Gods, and knew I had to create the account.

TB: You’ve been posting for a little over a year, with over 600 posts. That’s twice a day much of the time. How long does this take you? You ever run out of material?

HMFS: Run out all the time. Fortunately people started sending me their jokes to post anonymously and now I don’t have to write all of them. I post all of them too, even the lame ones. But sometimes the ones I think will suck actually do really well, and the ones I think are gold bomb. So who the hell knows.

HMFS: Hahaha yes. Early on I posted “When a PM joins a sales call” with a picture of a stage full of body builders and one skinny, out of shape pale guy sucking in his stomach. Classic PM.

A post shared by Hold My Fry Sauce (@hold_my_fry_sauce)

HMFS: Vivint and Podium for sure, they just make it too easy for me.

TB: Satire can be hard to appreciate sometimes. So asking sincerely, what are your feelings for the tech and startups scene in Utah? Love it? Hate it? Little of both?

HMFS: It’s both love and hate for me. There is so much wrong with it that I think it deserves to be made fun of at times. With any tech/business scene there are horrible, selfish, ego-driven characters and Utah has a fair share of those people. We also have a huge diversity problem and it’s still a very “Mad Men” culture in Utah so I’d actually really like to see that change and hope my dumb page can make people more aware of it. But I do love it too, mostly because it’s so small, but also because we have a unique startup scene that allows individuals to experiment and try out different ideas, and occasionally a really weird idea like storing your trash at somebody else’s house actually gets backed by large VC’s - but hey, Utahns are cheap bastards and if they can make an extra $20 a month by letting some mentally ill hoarder store their shoe boxes full of collectible spoons in their crawl space, more power to them.

TB: You take a lot of jabs at leadership, known CEOs in the space. Is it all in good fun, or do you think leadership needs to change?

HMFS: It’s all in good fun. I would say there is only a handful of people in leadership that are doing the community and their employees a disservice, they usually get ousted eventually. CEOs are the faces of companies and company cultures and so those weird cultural things are largely driven by them, you can’t really poke fun at the culture without mixing in a few jabs at leadership. I went to high school with a current prominent CEO, and let’s just say he wasn’t voted most likely to be the CEO of a billion dollar company, but despite his quirks that I’ve occasionally poked fun at, he’s done some really great things for his employees and community with his position, and I believe the majority of CEO’s are just trying to do their best.

TB: Some of your satire is about culture. Thoughts on Utah startup culture? Or even distinct cultures along the I-15 corridor?

HMFS: Like I said before, the “Mad Men” culture is still very pervasive in the tech scene here, probably due to the LDS church culture, but what you get is this incredible “Bro scene” you see in companies like Vivint, Podium, Weave and others. It’s comedy gold really. The startup scene here is a bunch of white guys from BYU who took business classes, got some seed money and changed their LinkedIn status to CEO. But that’s not much different than Silicon Valley, it’s just more highlighted in our small tech scene.

TB: A lot of your posts are calling out lack of diversity. What can Utah companies do? The state is (in)famously homogenous.

HMFS: Quit giving excuses, quit treating women like servants, and quit lying about having a diverse company. I’ve heard the excuse “it’s difficult to hire for diversity in Utah, because it's Utah” so much in my career. Leaders need to quit with the excuses and quit hiring their friends. I know leaders that aren’t overt sexist jerks, hire plenty of women in leadership positions, but then ask their female CMO to order lunch at every board meeting, or ask their pregnant Head of Customer Support if they need to move board meeting so they can take a mid afternoon nap. Subtle sexism is something that more companies need to address. And there’s also companies that publicly promote their great diversity hiring and promotion process’ only to promote their buddies instead of the more qualified minority candidate.

A post shared by Hold My Fry Sauce (@hold_my_fry_sauce)

TB: What Utah startups and investors do you admire?

HMFS: Since starting the account, Ryan Smith has done some great things for Utah. Early in the pandemic he was ordering large amounts of food from local restaurants and then donating the food to women’s and homeless shelters in the Utah County area and was very quiet about it. I’m also a huge fan of his scholarship program for underprivileged kids. I really hope that more leaders in the tech scene can learn from his example that success isn’t just making a grip of cash off the backs of their employees, looking at you Divvy ;)

TB: Any thoughts you want to share that don’t really fit in meme format?

HMFS: For sure, I’ve toyed around with a Twitter account of the same name so I could experiment with different jokes and approaches to other topics. Haven’t had much time to devote to it at this point, still a work in progress, but I think it could be another great way to take jabs that’s can’t be memed.