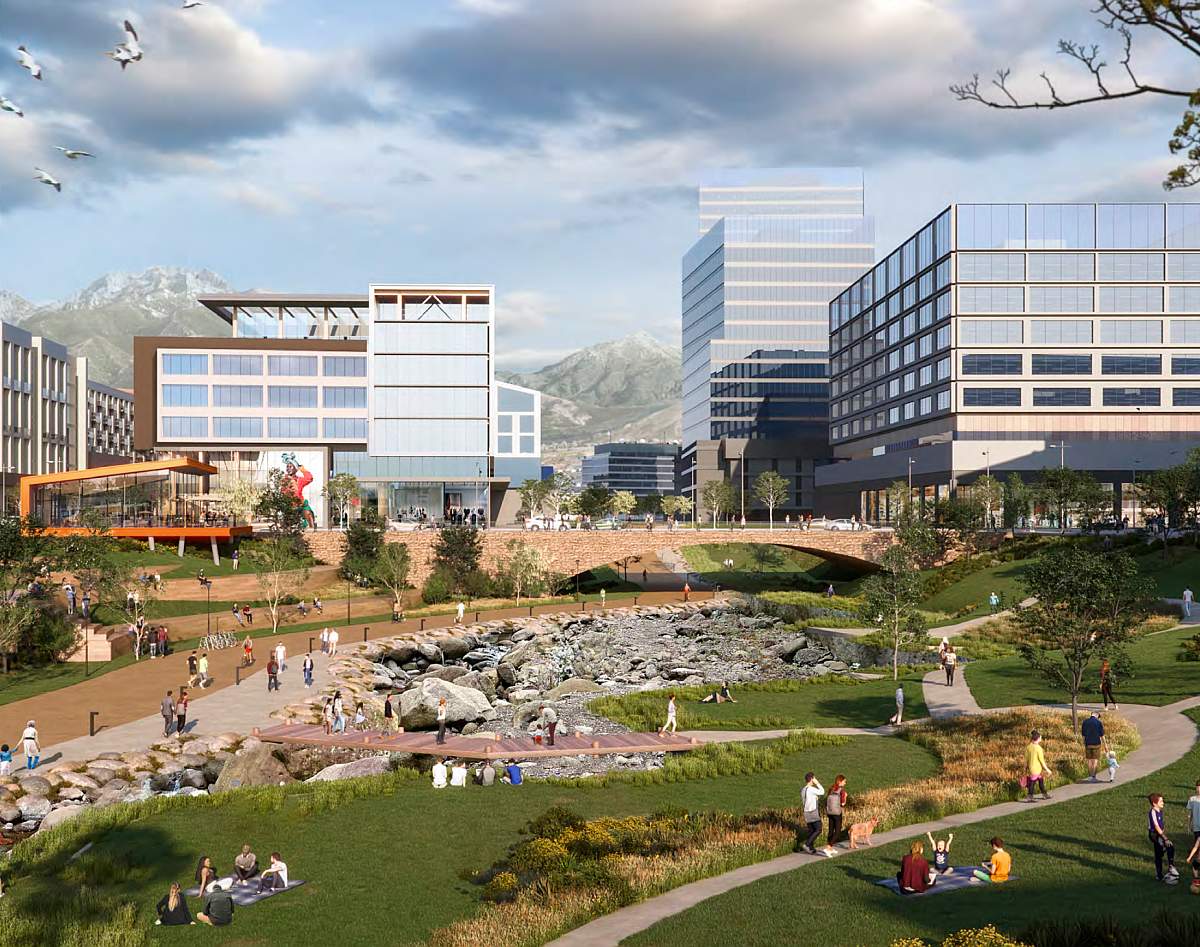 The Point Unveils Phase I

The Point of the Mountain State Land Authority met today in the Senate Building at the State Capitol to unveil and adopt the plan for the first phase of development at The Point.

Lowry Snow, (Utah State Representative, Co-Chair, The Point of the Mountain State Land Authority), Alan Matheson, (Executive Director of The Point), Abbey Ehman, (Principal of Innovation Point Partners and VP of Development and Sustainability at Lincoln Property Company), and other members of The Point team were on hand to meet with members of the media and the public and show a detailed tabletop 3D model and visual renderings of the first phase The Point's development plan. 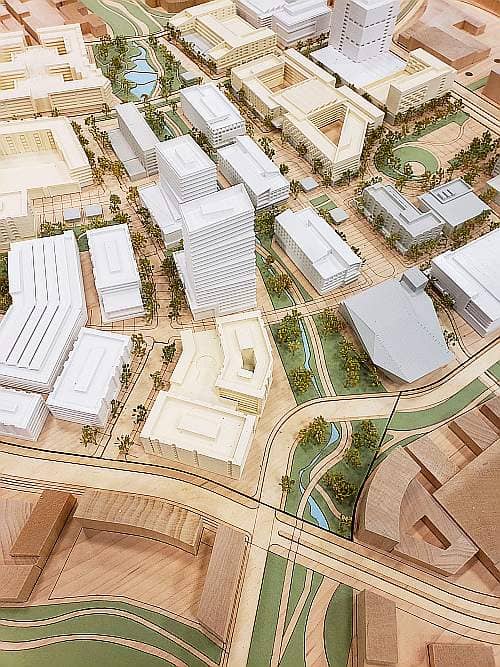 The wooden 3D model showed the public for the first time the general layout and density level of the proposed buildings of Phase I. This phase encompasses approximately 100 acres and represents one-sixth of the total development. The finely-crafted model includes a landscaped River-to-Range regional trail and open space system; a wide Promenade with world-class shopping and entertainment; a people-focused Main Street that incorporates biking, walking and transit options; a Central Park that can accommodate up to 3,000 people for outdoor concerts and other entertainments; an indoor concert venue near Central Park, and office towers, featuring modern, sometimes asymmetrical designs without height restrictions, and more.

The Point also plans to build several thousand multi-family housing units for Utahns from all walks and stages of life. Sustainability measures to reduce water, carbon and resource use are featured throughout the development. 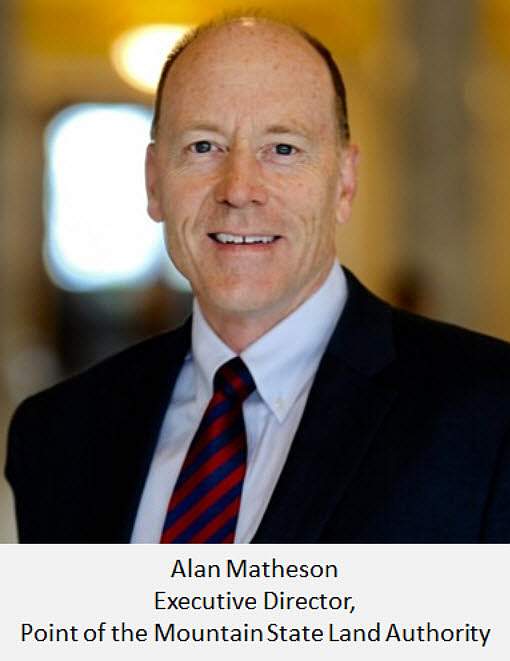 “As the former site of the state prison, The Point provides a remarkable once-in-a-generation opportunity,” says Matheson. “When people look at it, they'll see a modern, active community that's welcoming to all and very much focused on the future. ” 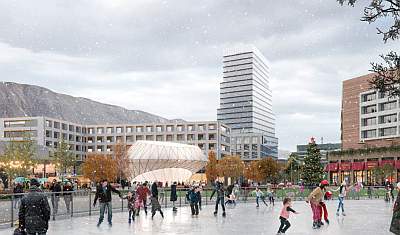 The Point is still in its infancy and several substantial preparatory steps must happen before new construction can begin. The Point will take several years to come to fruition, but the plan is progressing. Demolition of the former prison was started ceremonially on December 2. Innovation Point Partners (the name of the development partner that consists of LA-based Lincoln Property Company and local partners: Colmena Group and Wadsworth Development Group) are continuing to develop what Innovation Point Partners is calling a "one-car community" where people can walk from one end to the other within 15 minutes while de-emphasizing transportation by automobile. Instead, the development plans to offer multiple public transportation stations and a pedestrian-friendly layout for residents and visitors.

To stay abreast of The Point's progress, visit the organization's website, ThePointUtah.org.