On June 13th, 2022, Future House Studios, a Metaverse content creation company based in Pleasant Grove, became the first to mint the ownership of its corporate office as an NFT. The company’s office real estate title will remain and transact permanently on blockchain. TruMint, a blockchain real estate company, guided Future House Studios through the process and hopes that blockchain and NFT technology will become a natural part of real estate in the future.

In a press release, Adam Sidwell, Founder of Future House Studio explains, “We truly are a studio built in the Metaverse. As an extension of that commitment, we’re excited to work with TruMint to mint the title to our company’s office as an NFT that we hold in a wallet and can transfer on the blockchain.”

TruMint was founded by three Harvard Law School graduates, William Barlow, Ephraim Olson, and James David Williams, and also Isaiah Olson, a blockchain software engineer who handles the technical side of the company. Barlow, Olson, and Williams all deal with crypto and blockchain technology in their respective law firms. 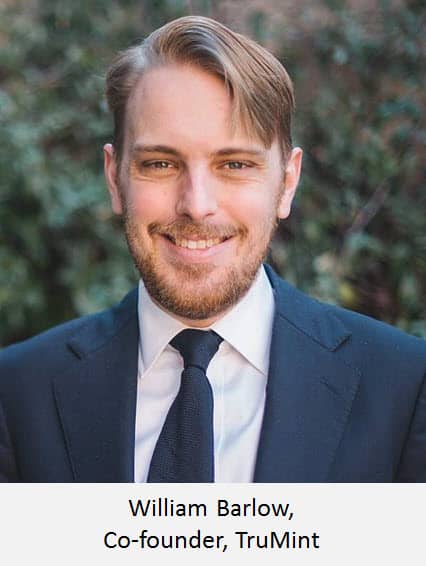 Barlow explained to TechBuzz that TruMint came about after a conversation he had with his mother, a Senior Vice President and General Counsel for the California Association of Realtors. She had many realtors asking her how real estate and blockchain technology combine, and what that would look like. She asked her son to give a training session on the current state of blockchain technology in the real estate world. As he prepared, Barlow learned that not much was happening. “There was a promise about what it could do in the future, but the technology just was not there yet. The infrastructure was not there yet to put real estate on the blockchain or do real estate transactions on the blockchain, it just wasn’t at the level,” says Barlow.

After attending multiple crypto conferences in Miami, the founders realized that the infrastructure for real estate transactions on the blockchain would take a lot longer to create than they initially expected. They decided to do it themselves.

“We spent the next several months developing real estate transactions on blockchain while still being able to use a traditional mortgage, get title insurance, and have the right tax treatment for the sale of the home,” says Barlow.

During Barlow’s training with realtors, he took notes and was able to understand the pain points of combining real estate with blockchain from a realtor’s perspective. The founders worked to create a system that addressed all of those issues up front.

“If we're going to use blockchain technology, we want to use it in a way that doesn't create a problem for the end user, which is one reason we think it hasn't been adopted by the masses yet,” says Barlow. “We developed this process after a lot of discussions with advisors and we think it allows the real estate transaction to happen on blockchain–and for real estate to be owned on blockchain–in a way that does not have any of the drawbacks that current models have.” 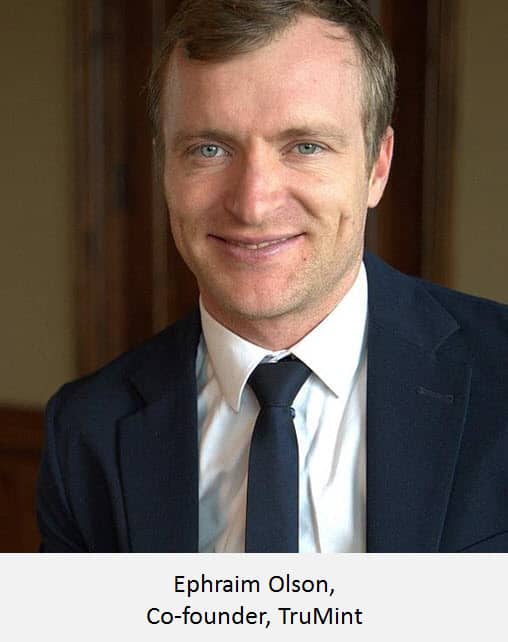 Transactions on the blockchain would also be faster than normal real estate transactions. In a normal real estate transaction, money is placed first in an escrow account and sits there until the title is officially transferred. When transacting on the blockchain, an escrow account is not needed. The transfer is instantaneous. The money and ownership immediately transfer at the same time with the push of a button. 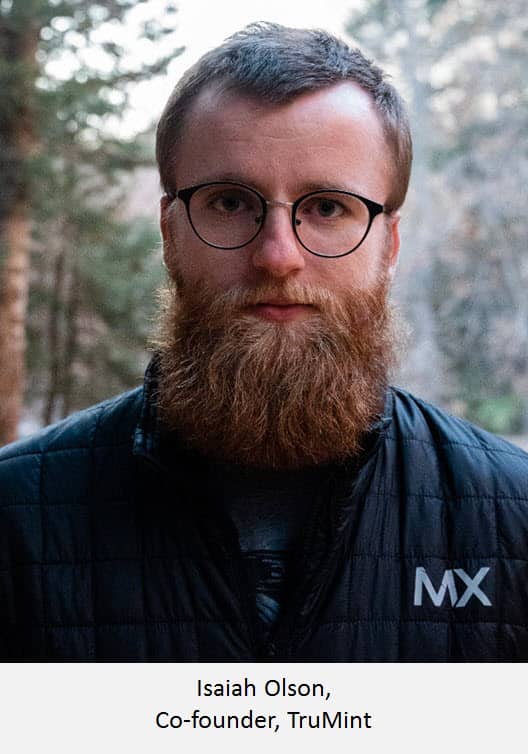 TruMint ensures that clients correctly mint their titles and put them correctly onto the blockchain. To do this, TruMint has created a concept of a legal lockbox that puts a real-world title into ‘cold storage’ that allows an NFT ‘digital deed’ to transact indefinitely on the blockchain. At any time, the NFT holder can retrieve the real-world title by returning the NFT to the lockbox. In the press release, Barlow says, “this solution will substantially reduce real estate transaction cost and hassle. It is as simple as e-signing transfer documents and then transferring an NFT from wallet to wallet.”

Ephraim Olson adds, “Our legal technology helps take real estate and mint the title to that real estate as an NFT that gives legal ownership to the NFT holder and allows the NFT (and thus ownership) to transact on the blockchain, while ensuring that the legal link between the real estate and the NFT remains absolutely coupled for as long as the NFT exists. You or I could mint an NFT with a picture of a house, but that doesn't give us the legal right to own the house. TruMint deals with all the contracts and all of the legal IP across several areas of law to make this legally enforceable. As an NFT, real estate ownership can transact indefinitely on the blockchain, with way fewer costs. It's more efficient, it's faster, and there's less paperwork, all while being a little bit more secure and safe than a real world transaction.”

To truly mint real estate onto the blockchain, there needs to be a trusted third party to establish that the NFTs minted by them represent real property assets, and this is where TruMint comes in. As TruMint helps clients mint real estate NFTs, the holders of these NFTs will be recognized as the owners of the real property. They ensure each NFT is backed by real assets. 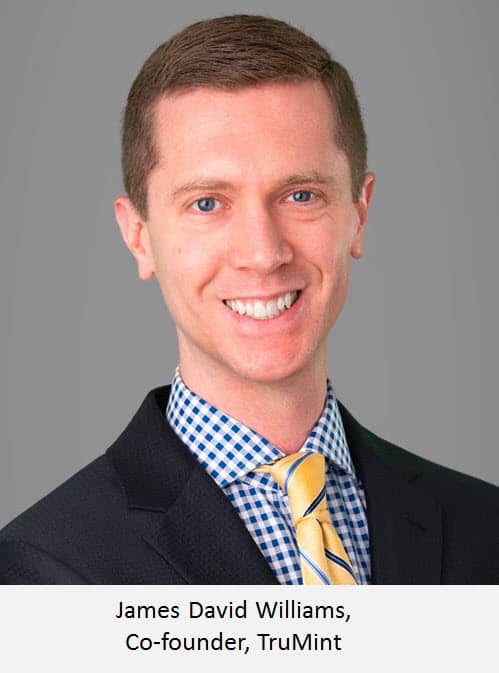 “If you own your home or any property you have as an NFT, you can still have a mortgage and you still can be protected by title insurance,” clarifies Barlow. “You can still have all of the things you currently have, but on top of it, you have so much more because we have all these efficiencies built into the system. We think it's a really exciting innovation and we think it's going to go really far.”

TruMint is currently finalizing technology to allow the signatures needed in a real estate transaction to take place via the NFT. This means that the full transaction, from the offer to the transfer of the title, will take place on the blockchain.

Besides the four founders, TruMint has three advisors, one being Barlow’s mother, June Babiracki Barlow, who first started the conversation. The company is spread out across North Carolina, Utah, Wyoming, and California.

TruMint also hopes this will open up expansion into DeFi. “We think that this technology is going to open up a whole new set of asset classes to DeFi,” says Williams. “So far, DeFi protocols have only worked with digital assets. There have been some efforts with some real world assets to securitize things, but we think this will allow a whole new level of DeFi to be involved, and maybe even DeFi-native mortgages will become possible.”