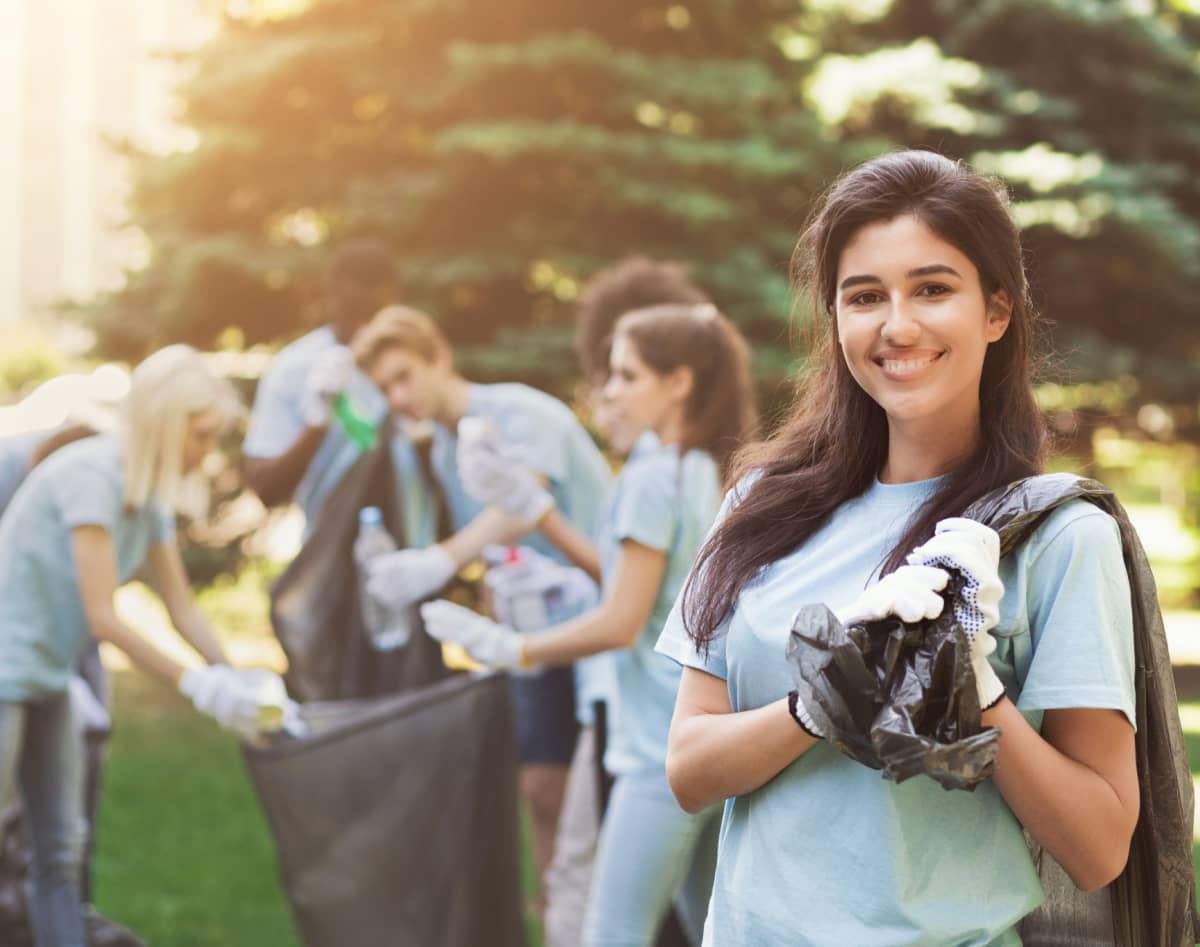 When Paul Burgon moved to Utah after almost two decades of facilitating mergers and acquisitions in the Washington D.C. area, he was alarmed to discover that there was no infrastructure for recycling plastics in Utah Valley. “My wife and I had been interested in recycling,” Burgon says. “We were some of the few people in Utah County who, because we don’t have curbside recycling, took all our plastic, paid extra money, and then dropped it off at the landfill.” 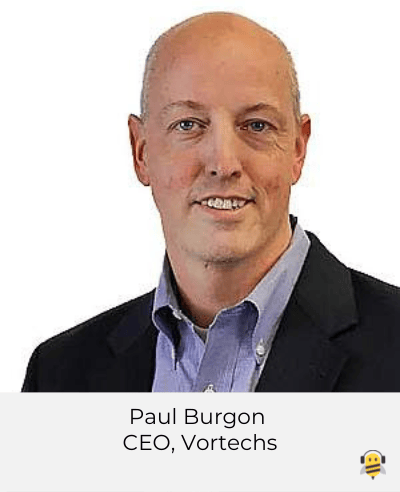 After months of good-faith effort, the Burgons were surprised yet again. An attendant told them to throw their plastic onto the general waste pile, explaining that the landfill rarely had the ability to recycle, despite collecting fees for that purpose. Burgon considered the quantities of plastic discarded annually by the nearly 700,000 residents of Utah Valley. “It raised the awareness for me that there's a serious problem in this country. We're one of the leading industrial countries in the world and yet we do a poor job of recycling our plastics.”

Burgon met with engineers who had been designing and building recycling equipment in the U.K. for the past decade. They were still pondering improvements after leaving their prior company. They now have four different patents pending for recycling petroleum-based products like plastic into a recyclable base product.

“It’s fantastic,” Burgon says. “The technology’s really disruptive and avoids some of the main problems that recycling systems face today that makes them very inefficient and costly.” The systems can break down plastics, several different hydrocarbon forms, into smaller, simpler molecular structures using a process called “thermal cracking.” The resulting products separate into reusable gas, recyclable liquid, and solid forms. All three of these off-take products can be recycled or reused, leaving almost nothing left to be landfilled.

In his professional career, Burgon made good use of his Georgetown MBA, closing almost one hundred transactions–worth over three billion dollars–in mergers and acquisitions for Danaher and Steel Partners, both large public companies. He served on the board of LiqTech International and was both CFO and COO of a company called SWK Holdings. The engineers he talked to had already formed a company, and Vortechs was created to license the technology and commercialize it worldwide. However, Vortechs needed someone with proven business experience and Burgon wanted a new CEO role. His current partners reached out to him saying,  “Why don't we get together and we'll start a company around an existing design and new technology and patents pending, and go rock the recycling world?”

Burgon put in his due diligence. He researched the industry and recognized that the obstacles to recycling in Utah Valley were far from unique. The problems were clear, but Burgon wanted to make sure that they could be realistically addressed, “that there was a way forward and a business plan, and I was convinced that there was.”

He agreed to the CEO position. For the past year or so the team has been refining the design of a heavy recycling machine with several key improvements over existing technology that they call WasteNgine. They have also created a business plan, set up relationships with suppliers, talked with investors, and gathered needs and pain points of many potential customers. “We’re ready to start building our first full commercial system in January. So we’re out raising money now. We’ve got $1 million raised already. We're raising $4 million more to build the first commercial system.”

Raising funds for a venture of this kind has presented some unusual challenges. Burgon notes that tech investors in Utah seem to be most attracted to SaaS projects: “Everybody wants the next great business software as a service company, or a neat little consumer gadget. Nobody knows what to do with a pre-revenue, clean tech, heavy equipment company like us. I’ve gone around the state and had zero interest from Utah VC investors. So we're talking with investors focused on early-stage clean tech across the country and internationally as well.”

Understanding the promise of Vortechs' recycling technology may ultimately inspire multiple funding streams, even from investors who lean toward SaaS. The implications are inspiring. Thermal cracking – sometimes called pyrolysis – breaks down plastics with very high but contained heat, while Vortechs' proprietary technology renders mechanical shredding processes unnecessary. The feed does not require pre-sorting: much of your household plastic waste, including grocery bags and other film plastics, are “cracked” together. Plastic bags are chemically similar to most other hydrocarbon products, Burgon points out. They are basically a common form of plastic, LDPE, but stretched super thin. The simple reason film plastics “can’t” be recycled is that plastic bags “gum up the equipment and get wrapped around the shredding equipment that the current technology needs in order to recycle. That's why people say you can't recycle grocery bags. Well, you can. It's just that the technology today doesn't allow that. We've solved that problem. Plus we've developed a modular, scalable solution that can be located almost anywhere. We can recycle waste where the waste is generated, rather than transporting waste long distances to be recycled." 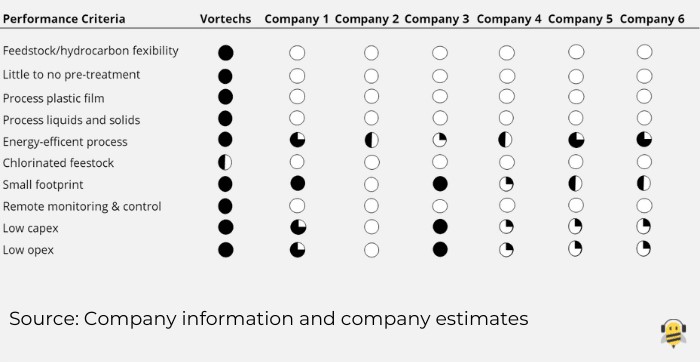 It’s not likely that anyone living in the twenty-first century would argue that discarded plastics aren’t an urgent environmental problem. Burgon describes it vividly: “If you look at plastics, in the United States alone, there's tens of millions of pounds a year that are produced and put into a landfill (or waterways), or, even worse, burned. If you're in Florida, they'll let people burn plastic waste and allow toxic clouds and toxic fumes to float across the state."

“And so this is a huge market," Burgon continues. "We're one of the few companies that can easily recycle plastic bags and plastic film. And we can eventually recycle a lot of other things other technology cannot, such as hydrocarbons, other than plastics, like motor oils and tires. Several different kinds of hydrocarbon waste are potentially recyclable in the next several years as we expand our service offering.”

Vortechs has attracted the attention of domestic and international foundations committed to environmental solutions. “We're having some interesting conversations with investors right now, and we’re in conversations with an investment fund in Asia–part of a large cement company that wants to try and do its part to help with the environment. There is significant demand for our solutions, and wide public support. We're confident that we can find the right investors and make a big difference for the environment."

If you’re interested in understanding the science, read more about thermal cracking here or check out this article:

Catalytic Pyrolysis of Plastic Waste: Moving Toward Pyrolysis Based Biorefineries. 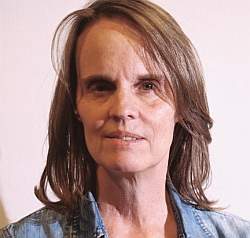 TechBuzz welcomes Karin Anderson, a nonfiction and fiction writer focused on people, places, and cultures of the Great Basin.