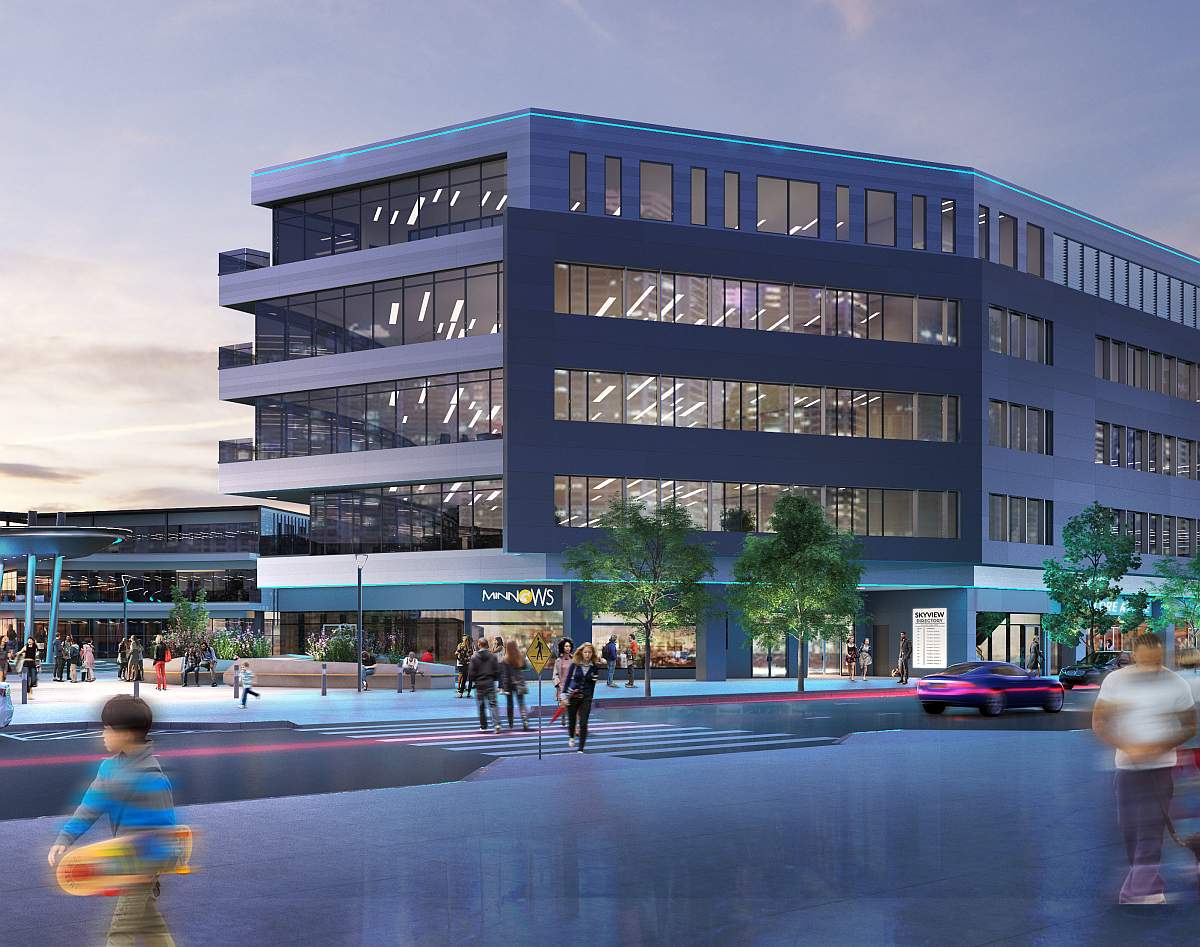 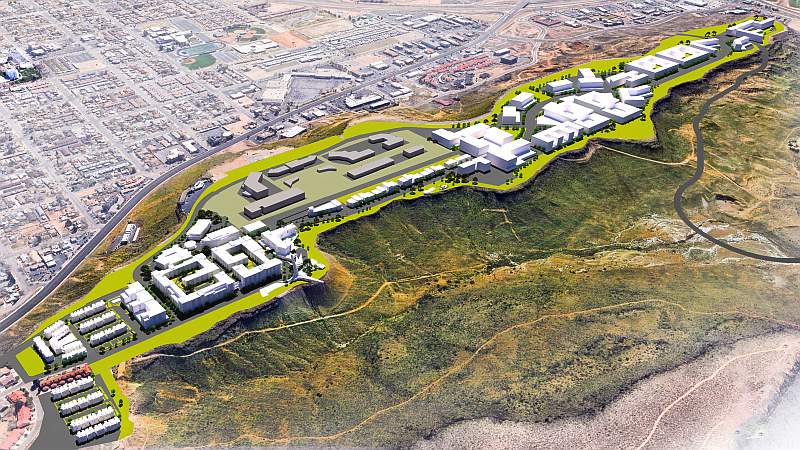 Washington County wages and jobs have historically lagged behind counties in northern Utah, putting a squeeze on southern Utah college graduates seeking to give their young families a good quality of life. The exodus of new residents from California, Nevada, and Oregon to southern Utah during the pandemic didn’t help with the affordability of homes. It only added to the existing problem.

Coupling a $61,747 median income in Washington County with a median home list price of $649,966 begs the question, “How can my kids and grandkids afford to live in Washington County?” Most of them can’t, which is why St. George’s greatest export is its talented children. If a child is very smart and they attend college and get a degree, they will probably go to Salt Lake City, Denver, or San Jose to find a high-paying job.

The solution? Tech Ridge, a 160-acre mixed-use development located on the site of the old airport on top of a hill overlooking scenic St. George.

One of the primary goals of Tech Ridge is to recruit and retain good tech companies, ones that will help increase wages and boost the economy, giving local college graduates the option to stay in St. George and earn a good living so they can raise their families near grandma and grandpa, aunts, uncles and cousins. 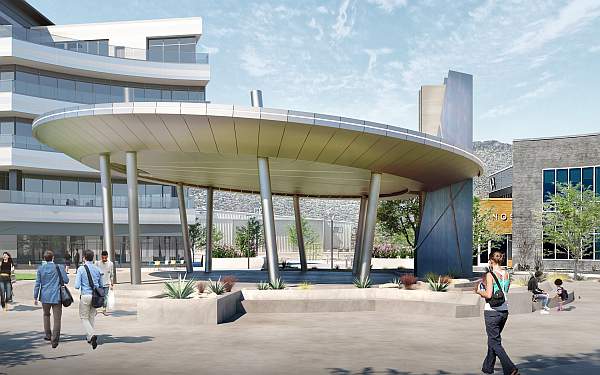 Credit has to be given to the City of St. George for its public and private partnerships and for being forward-thinking in terms of acknowledging its economic struggles. In 2016, the City approached leading members in the local tech community, including Isaac Barlow, founder and CEO of busybusy. Their vision was to lay down a foundation for a technology-focused economy in St. George, including establishing a tech park at the site of the old airport.

To that end the City issued a Request for Qualifications (RFQ) for the development. Here’s an excerpt of that RFQ:

“The City of St. George, acting through its Office of Economic Development and Special Projects is seeking a qualified developer for the development of 28 acres, which is a portion of the 155 developable acres of the retired St. George airport site located near 500 South Tech Ridge Drive in St. George, Utah. The City will consider all development proposals that meet the overall vision and goals for this site as outlined and discussed in this document.”

The City's goal was to create a park that would accomplish the following:

Tech Ridge, LLC submitted a proposal and won the bid. 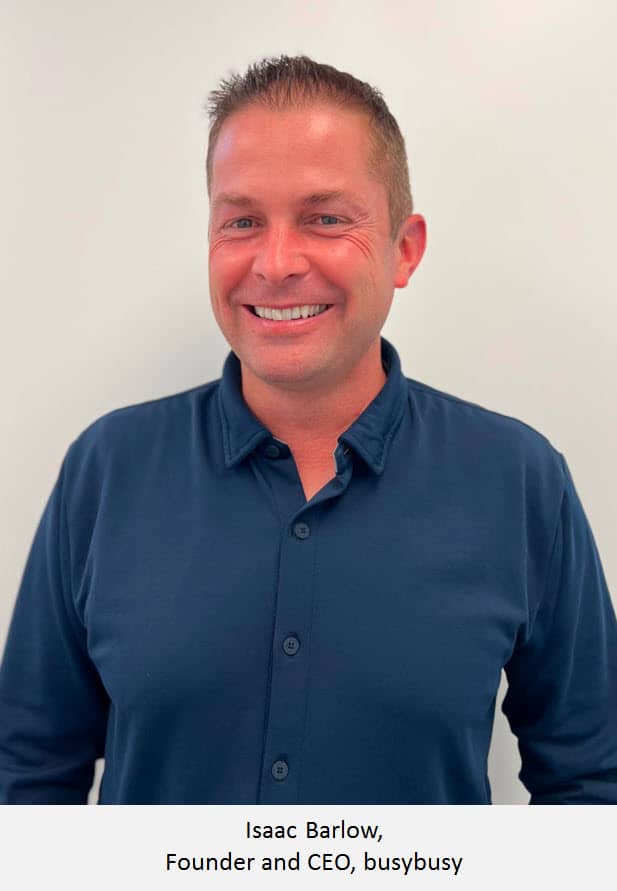 According to Isaac Barlow, the visionary behind Tech Ridge, “Producing high-paying jobs and recruiting and retaining our top talent here locally is the primary north star of Tech Ridge.” GDP is a byproduct of that. “What’s happening is, Tech Ridge is bringing in about 6,000 jobs, a massive amount of jobs and they’re all high-paying,” says Barlow.

According to Barlow, the demographic is typically younger people (Millennials and Gen Z), who are making a lot of money, and they’ll end up with a good amount of disposable income. Economists hired to research the development say their payroll has an eight times multiplier effect.

“So, we create those 6,000 jobs, and they create another 10,000 supportive jobs. All that spending hits the local businesses—everyone is eating at restaurants and shopping, so the ripple effect is literally like an economic engine, hitting businesses all around it, fueling the GDP increase.” 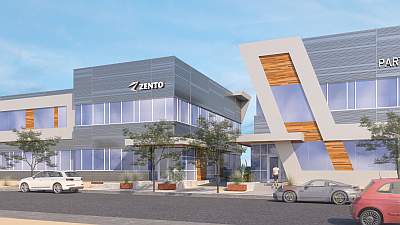 “Tech Ridge is important to St. George because of the outside money it attracts,” explains Barlow. “Busybusy, for example, sells internationally. Zonos and Vasion sell worldwide. Intergalactic sells to the Department of Defense. You bring that outside money in, the employees are paid that money, then those dollars ripple through the business community of St. George, providing jobs and additional taxes to the City. It’s all about the economics of Tech Ridge.”

Tech Ridge is unique because it brings in outside income to the area through payroll. It’s not that tech companies are immune to a recession, but they are almost immune because they don’t work off the same local economies. Tech companies bring in a ton of money from outside the area because their number one largest expense is payroll.”

Tech companies are also paying the highest wages of any demographic in St. George. The average wage on Tech Ridge amounts to $100,000 dollars annually, according to Barlow. That money comes from outside the region. It’s poured into payroll. Tech Ridge employees spend it in the community. They buy houses, cars, and clothes, and they dine out at restaurants. All that spending produces a boost to the local economy, explains Barlow.

Tech Ridge is far more than a “tech park.” The pedestrian-friendly development will include multiple public benefits that will enhance the quality of life for locals and pump money into the tourism economy. Tech Ridge will have office space and residential units, but it will also have parks, trails, open spaces, restaurants, hotels, and fun things to do like a zip line and adventure park for bikes.

“The number one complaint we hear, and it’s nothing new, is, ‘There’s nothing to do in St. George,’” says Barlow. Tech Ridge is a remedy and it will create that much sought-after “live, work, play” environment, the first of its kind in southern Utah.

Specifically, Tech Ridge will include:

In the Economic and Fiscal Impact Analysis report by RCLCO (November 5, 2021), RCLCO estimated that Tech Ridge’s one-time economic impact from construction is 26,326 total jobs, with 19,143 of those jobs being construction jobs directly onsite. RCLCO estimated $1.09 billion in total labor output (wages, salaries, and benefits paid to workers associated with the construction), and a total economic output of $2.49 billion in the regional economy. 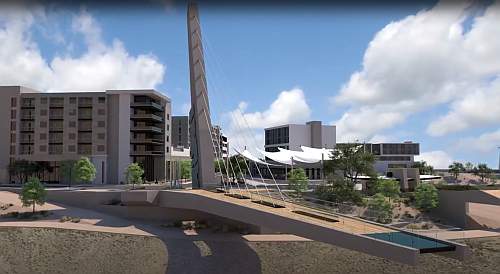 For Tech Ridge’s recurring (annual) economic impacts from operations, RCLCO estimated 16,067 total jobs (including the “multiplier effect” of indirect and induced jobs), $929.1 million total labor output in the form of wages, salaries and benefits paid to workers ($586.8 million directly generated by onsite businesses), and a total economic output of $3.25 billion in the regional economy.

As of this writing, Tech Ridge’s tech partners include busybusy, Vasion, Zonos, Intergalactic, Awardco, Weave, and Corso. Why are they so interested in being on Tech Ridge? Brian McCann, the CEO of Intergalactic, says, “Tech Ridge is a major selling point for us in our recruiting efforts. In fact, we take most major recruits up there and explain the vision for the development.” 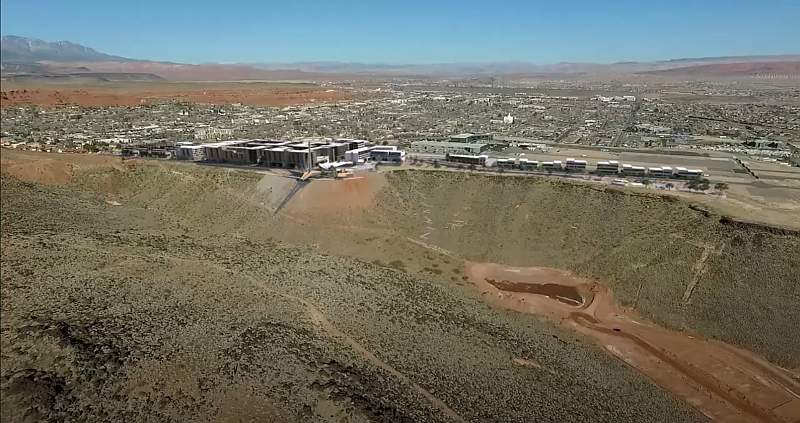 Mayor Michele Randall supports the Tech Ridge development. “For many years St. George has been known as a great place to retire to and a wonderful place to raise children. However, we have a history of exporting some of our great young talent elsewhere because we don't have the type of high-quality jobs needed to keep them home. I feel that Tech Ridge will allow our best and brightest the opportunity to stay home and flourish professionally while enjoying the high quality of life we all love in St. George,” says Mayor Randall.

“We are excited for the development of Tech Ridge because we feel it will benefit our community in many ways—perhaps most importantly it will help diversify our economy and help us become a major player in the tech industry.” Adding, “The future is exciting. We look forward to seeing this tech ecosystem grow, the benefits of which include greatly enhancing our economy.”

With the help of the mayor, the city council and staff, Tech Ridge could be developed in as little as ten years. Follow techridge.com for updates and more information about the project.

Elainna Ciaramella is a business journalist and writer who lives in the shadow of Tech Ridge in St. George. She interviews business owners, researchers, CEOs, and C-suite executives from all over the country. Her curiosity is endless and she is constantly seeking information that will intrigue and inspire readers.