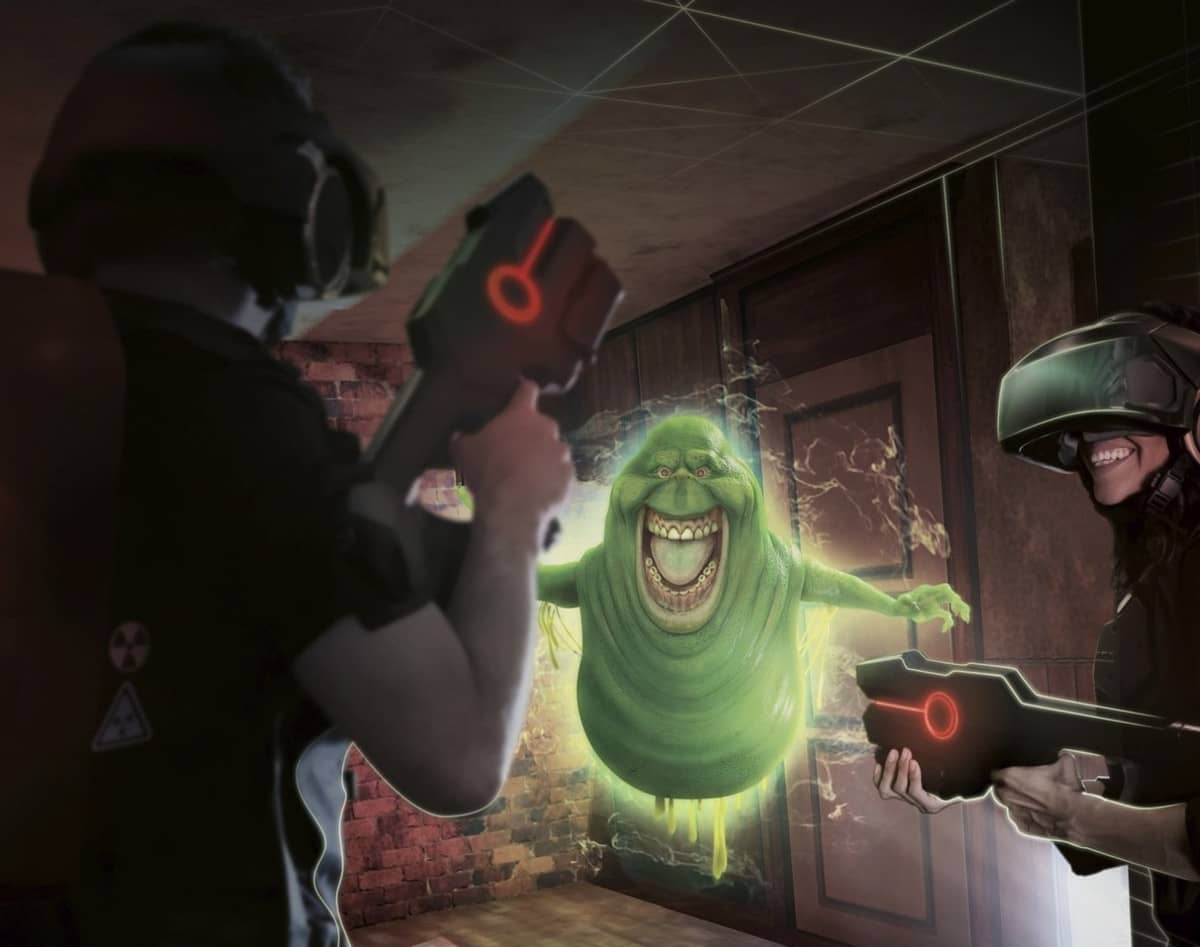 Will The VOID Die By Covid?

It was going to change the world.

The New York Times said nothing else compared. VOX Media’s gaming site Polygon said it was “nothing less than magic”. The founder of WIRED magazine and noted futurist Kevin Kelly said in his 2016 SXSW Keynote that it was the best in the world, and he’d tried everything like it in the prior thirty years.

From an unremarkable industrial warehouse in Lindon Utah, The VOID somehow managed to create the best virtual reality experience the world had ever seen.

But 2020 has shocked everybody, and the surprising innovator from small-town Utah may soon close its doors permanently.

The VOID shut down all locations on March 18th as the pandemic took off in the United States. While the closures were planned as temporary, several of the premier locations have since shut down for good. The location at Downtown Disney in Anaheim was closed permanently with a "Lease Termination" notice posted on their door June 30th. The notice referenced an “event of default” of their lease agreement. Employees at the Disney Springs location near Orlando were informed in August that it would be closed permanently as well. The Las Vegas location inside The Venetian resort is listed as “Permanently Closed” on Google Maps. All other US locations on Google Maps link to a single phone number, indicating that the location is “temporarily closed”. 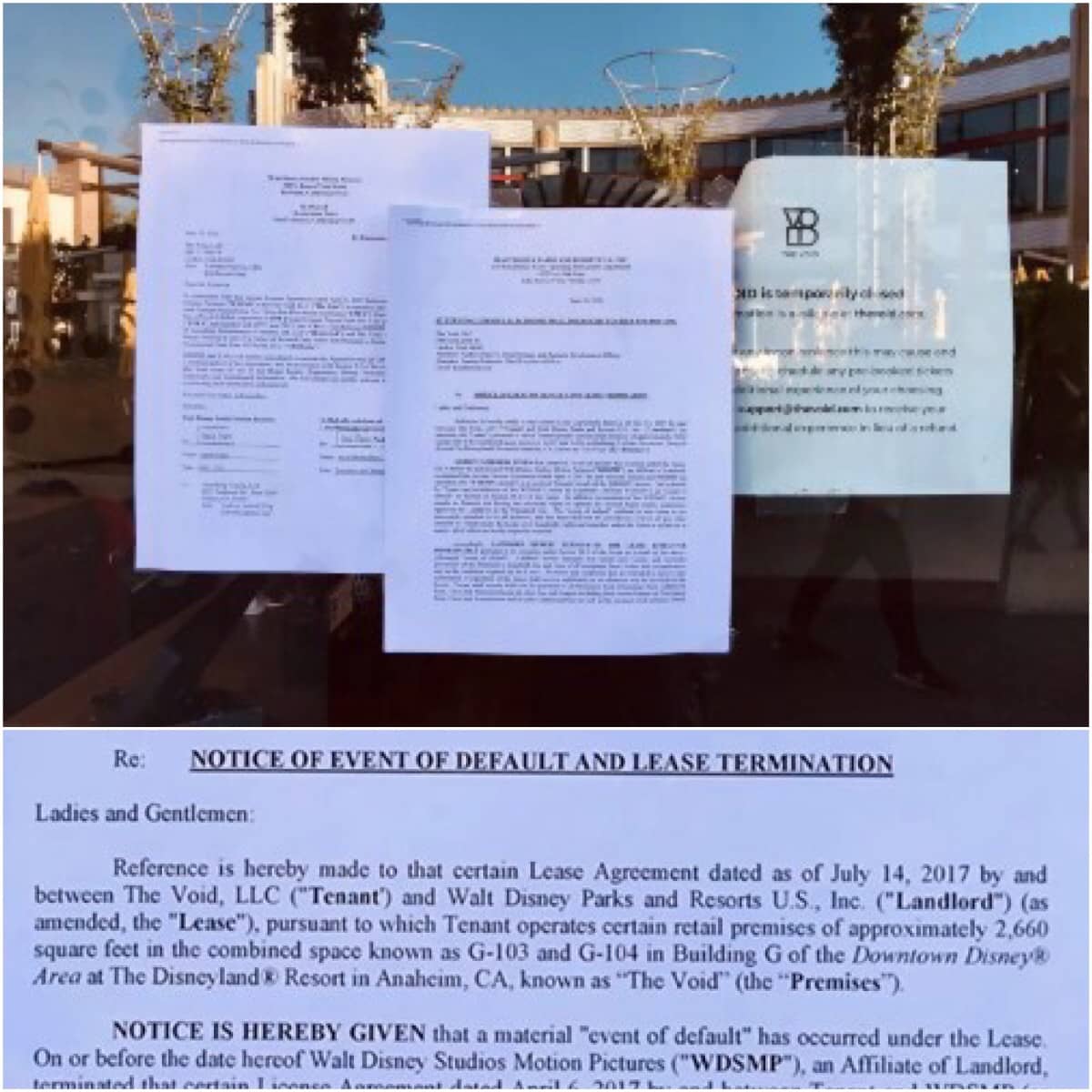 “To build what The VOID built took a lot of cash,” said one anonymous former employee. “And The VOID always struggled with that. They were always figuring out what it should be and how it should work. We went through three CEOs from 2015 to 2020. It’s trying to figure out what to do with the product, and then in 2020, this entire industry has limped along. Disney and Universal, everybody is suffering. Some have been better prepared than others.”

In August, the VOID’s Head of People and Culture posted on LinkedIn that forty of her colleagues were looking for work, including at least 25 from Utah.

"It is impossible for me to express the overwhelming gratitude I have to work with such talented, dedicated, knowledgeable, creative, humble, and gracious people" said Nicole McMillan of The VOID. Her LinkedIn profile shows a tenure at The VOID covering nearly the entire history of the company. She continued, "This group of people has forever changed my definition of 'Team' and they have set a ridiculously high bar for every future work experience I will have going forward. Unfortunately, like so many other companies, COVID has taken its toll on The VOID and these incredible people who made up my work family for almost 5 years are now looking for new opportunities."

While all retail locations are officially furloughed, there are no retail locations in the state. Those 25 former employees in Utah presumably worked at The VOID’s corporate office, where phone calls are met with an infinitely looping phone tree. Every option terminates in the prompt to send an email instead.

The VOID is broadly touted as the premier experience in virtual reality, but it also represents a niche within the VR space. In contrast to home VR systems, location-based VR (LBVR) is when users go to a specific place of business for the experience. With a virtual world overlaid on a physical space, users can sit on a real chair, hold a physical weapon, or stand on a real ledge. The chair may be plywood, the weapon plastic, and the ledge a few inches high, but through VR headsets, users can have any number of thrilling experiences, as space marines defending a moon base, or adventurers exploring a Mayan ruin, or Ghostbusters blasting away the Stay Puft marshmallow giant.

The VOID pioneered LBVR, and to date has been the leader in the space. With proprietary hardware and premium IP anchoring their experiences, users enjoyed playing in popular worlds like Star Wars, the Avengers, Ghostbusters, and Jumanji. The sense of physical presence gave LBVR an edge over fledgling home VR alternatives. But when non-essential businesses are closed and many customers don’t dare wear a face-mounted headset that another user just took off, that edge becomes a critical downfall.

LBVR has just a handful of providers, thanks to expensive hardware and the need for real estate with a steady flow of entertainment-seeking users. Another premier LBVR outfit, Sandbox VR, has numerous locations in major cities across the US and the world. Sandbox has celebrity investors like Justin Timberlake, Katy Perry, Kevin Durant, and Orlando Bloom, as well as institutional investment from Andreeson Horowitz and more. Like The VOID, Sandbox VR offers several experiences, including the first official Star Trek LBVR experience.

And like The VOID, they’ve suffered the fallout of COVID closures. After raising $82 million over five years, Sandbox VR filed for chapter 11 bankruptcy in August.

Another competitor, SPACES, has pivoted from LBVR to video conferencing, a booming industry during the pandemic.

Anothing booming industry is, ironically, home based VR. According to RoadtoVR, a site dedicated to the consumer VR industry, gamers using the STEAM platform to connect to VR games doubled between April 2019 and April 2020, with a notable jump in Spring of this year. It’s expected that home VR will see another surge this Winter. Facebook just announced the Oculus Quest 2, the successor to the hugely successful Quest stand-alone VR headset. Quest 2 has roughly double the performance at half the price, with units shipping by mid-October. That’s plenty of time for buyers to order the new Quest as a holiday gift. 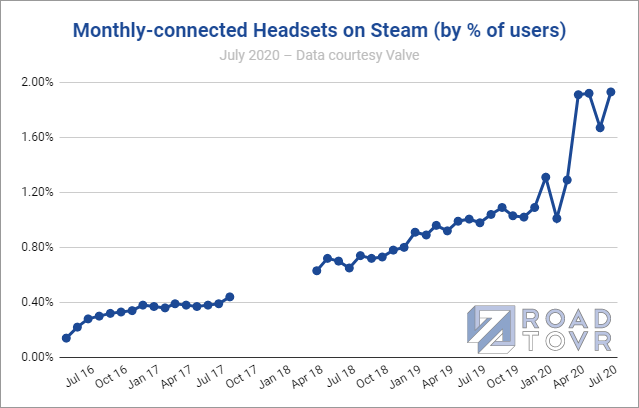 In the long term, LBVR may still have a thriving future. An August report from Brandessence Market Research and Consulting forecasts that the industry as a whole, worth $2.21 billion in 2018, will reach $18.57 billion by 2025. For LBVR providers that survive pandemic closures, it will be a prize well earned.

We've included a retrospective on some of The VOID's more memorable social media posts below.

UPDATE: As of November 30th, 2020, Sandbox VR’s US subsidiary, Glostation USA Inc.'s court-approved reorganization plan is effective and it is successfully emerging from its Chapter 11 bankruptcy filed in August 2020. With the plan, the company restructures remaining debts to stabilize financials and continue to grow its operations.

Woah, that was a great adventure! -Steven Spielberg w/ The VOID founders: James, Curtis and Ken at #TED2016 #voidvr pic.twitter.com/qJhEN7QTq2

We loved sending the Senior Maverick at @WIRED, @kevin2kelly through The VOID today! #VOIDvr #ted2016 pic.twitter.com/G2leRijUDk

Remember when Han Solo went through @voidvr at #ted2016, and he LOVED it?! pic.twitter.com/EQOflnNFWh