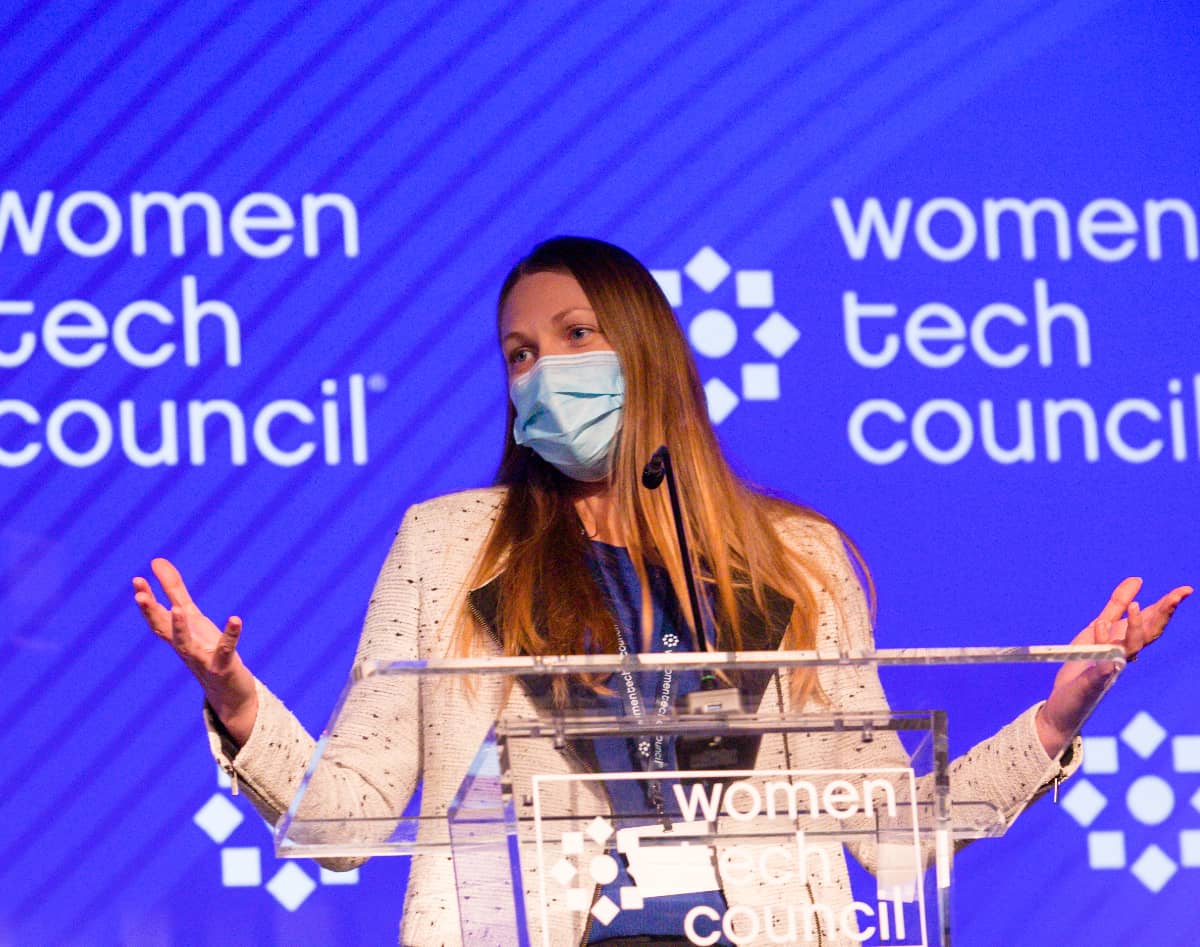 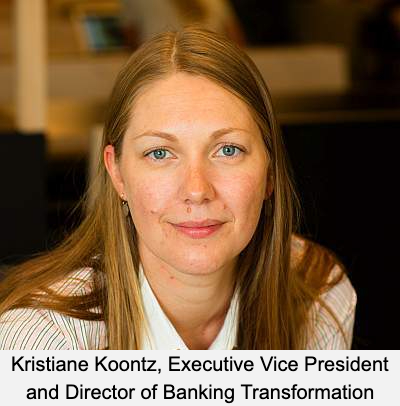 Kristiane Koontz received the Technology Transformation Excellence Award for her work. Koontz is an Executive Vice President and Director of Banking Transformation at Zions Bancorporation. Her work with what Zions calls “core transformation” caught the attention of the Women Tech Council. At Zions, “the core” is a single digital system that manages most customer loan and deposit accounts, for example, calculating interest, applying payments, and generating statements). Billions of dollars run through the core every day. Koontz and her team were tasked with modernizing the system. “If you’re unfamiliar with what core transformation means,” Koontz said, “it’s been likened to changing out the engines on an airplane while the airplane is in the air.”

“Most banks are running on technology that was built in the 1970s and the 1980s,” said Koontz. This technology was built on over the years till it became a multilayered patchwork of legacy and modern systems. Koontz is seven years through an estimated ten-year project to replace the core. “Back in the day, you didn’t expect to be able to see your bank balance in real time. You maybe went into the branch every once in a while to make a deposit. But customer expectations have changed so much in the way they work with their banks. The experience they get with Amazon, they now expect their bank to be able to provide as well. And, we have to do that with the utmost security and reliability.”

There are around 500 people involved with the project working across three continents. As Director of Banking Transformation, Koontz must organize and motivate each employee, meet and respond to customer and employee needs, and do it all at lower cost. “My overall goal is to make sure we get it done,” she said with a smile.

Goals are important to Koontz. “Every day is different,” Koontz explained. ”I try to start with setting my top three goals for the day.” For her, intentionality is a way to keep sight of the overall mission and not get bogged down by the repetition. One of Koontz’s favorite aspects of working for Zions is that same emphasis on goal setting. “They truly take a long-term perspective that’s highly strategic. It allows us to make the kind of investments, things like a ten year core transformation journey or a giant technology campus, in the midst of a pandemic. We have the certainty and the commitment to invest in those things even when the waters get a little bit choppy. I think that’s one of our biggest strengths.”

Koontz offers high praise for her colleagues at Zions. “It is such a dedicated group of really smart people. They’re people that care about each other and their community very genuinely,” she says. At a food drive over the holidays, Koontz’s team alone raised over $8,000 for the Utah Food Bank. “That camaraderie and teamwork is really impactful at Zions.”

The greatest challenge Koontz faces is change, the fear of change, and aligning priorities. “We’re working with humans here, not robots, right?” Koontz explains. “Uniting everyone under the same goal is rewarding but challenging.” 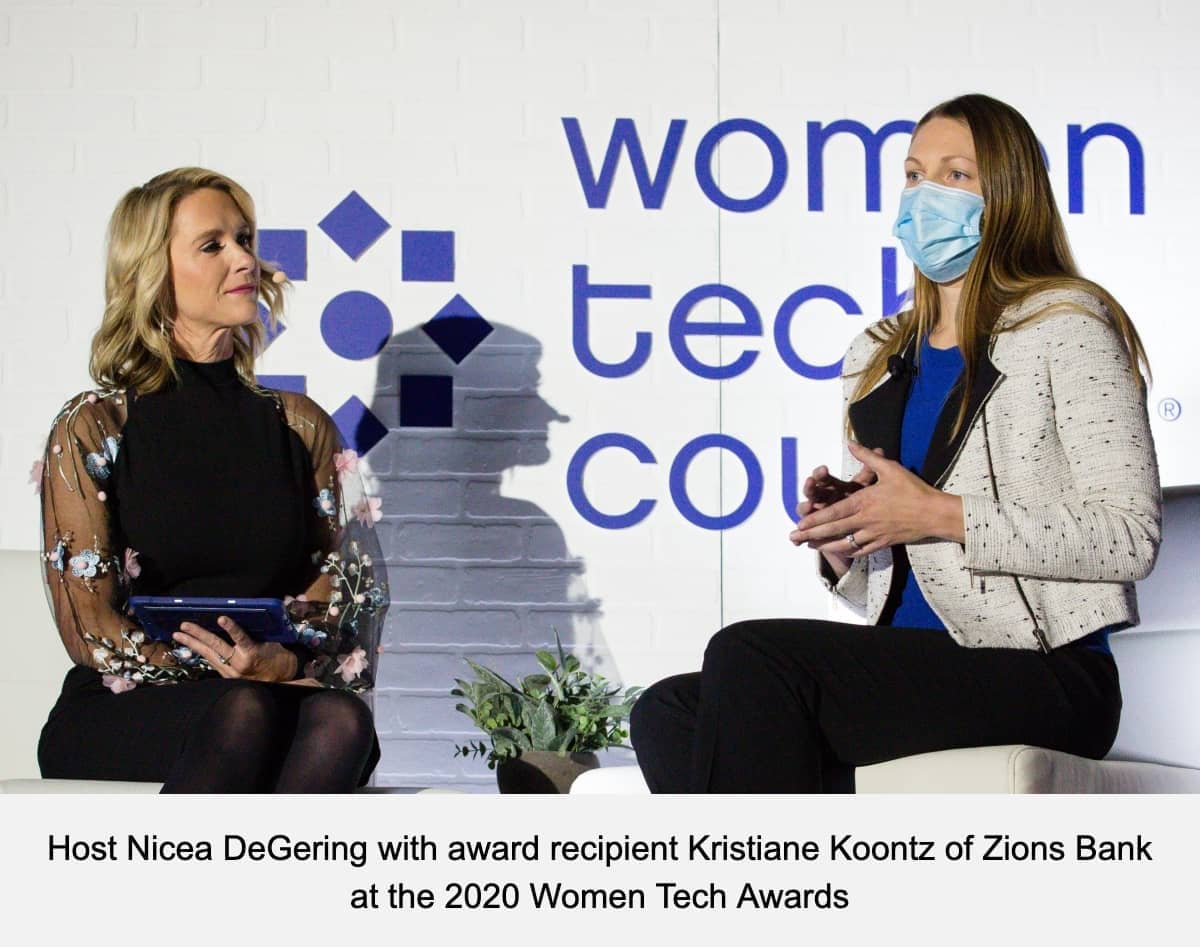 Last year provided new challenges across the globe, and Koontz was not exempt. “We’ve been impacted by the Coronavirus in a number of ways,” said Koontz. “There’s obviously the very human toll and impact that all companies face… But in a more specific way, I think about three things.”

First, much of the work for this project is done offshore in “clean rooms.” These clean rooms are secure facilities with specific data protection standards to protect sensitive company and customer information. Global shutdowns prevented many workers from going into these clean rooms, which forced Koontz and her team to change how they work. They even brought some of it back to the US to maintain proper control and safety standards.

Second, Koontz and her team had to move to a completely virtual setting. “So, that’s been meaningful,” Koontz said with a laugh, “but it took a little time to get there.”

Third is that several of their initiatives had to take a back seat to more pressing concerns. “We have to support our customers first and foremost,” said Koontz. Some work, still done in-person, had to be reengineered while new, more-pressing work was emerging. Zions Bank was one of the top ten lenders in the U.S. supporting small businesses through the Paycheck Protection Program (PPP), a part of the CARES Act. “It’s been a wonderful way to be able to support the community, but it’s diverted a lot of our focus and attention to these emerging needs.”

Koontz has two pieces of advice for women and other minorities coming into this field.

The first is for everyone. “When you look around the room, if you don’t see people that look like you, don’t let that stop you.” Koontz recounts how when she was a kid going to computer camp that she was one of three girls in a room filled with hundreds of boys coding. She never let this stop her or distract her from her passions and she strongly encourages women and minorities to do the same. “There is a real power in being different and coming from a different perspective,” she adds.

Secondly is that people will sometimes give terrible advice and everyone must decide to take that advice or not. This is for women in particular. “I remember being told early in my career ‘you can’t talk like that because that’s not polite’ or ‘that’s not feminine.’ The men can be direct, but the women can’t,” she recounts. “I’d encourage everyone to listen to the advice you get, you’ll get a lot of great advice, but recognize that there are some people that are going to give you advice that is outdated or maybe worked for them in their circumstances but isn’t necessarily going to apply to you.” 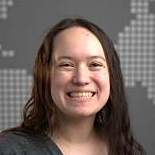 Siria Snounou - Siria Snounou lives in Clinton, Utah. After receiving her Associate's degree in General Studies at Weber State University, she working on a Bachelor's in Professional and Technical Writing. She is a writer for Techbuzz.