Zonos, the St. George based software company helping simplify duties, taxes, and fees for ecommerce, announced September 15th it has raised a $69 million Series A led by Silversmith Capital Partners, a Boston-based growth equity firm. Others joining the raise include Eric Rea of Podium, Aaron Skonnard of Pluralsight, Austen Allred of Lambda School, Josh James of Domo, and Dave Elkington of InsideSales/XANT. 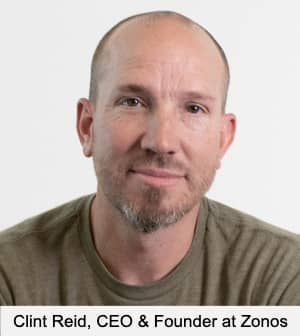 “We are on a mission to create trust in global trade,” said Clint Reid, Founder and CEO of Zonos. “Trust comes through transparency. Transparency is only achieved when global trade expertise is disseminated to users through technology. We will continue to transform how cross-border commerce happens by building world-class APIs to connect the world through trade.”

Zonos was founded in 2009, and has operated without outside investment till now. Reid says the company had 34 employees in March of 2020, but has tripled headcount since then, and will double again in the next 12 months.

“As fast as we are growing bootstrapped, we need to grow faster for this market, which is changing and adapting,” said Reid. “So it was great timing, both because of the market, and because finding the right partner was just essential.”

According to Zonos, global cross-border ecommerce currently totals $300 billion and is growing at twice the rate of domestic, despite the friction of additional country and commodity-specific duties, taxes, and import and shipping fees. Reid says domestic investors haven’t always taken notice of startups in the international ecommerce space, but revenue reached a level that could no longer be ignored. Coupled with increasing complexity and an ecommerce boom in the wake of COVID, and multiple investors were knocking on Zonos’ door.

“Things like Brexit have caused a ton of issues with cross border sales internationally. And there's other laws that the EU has come out with, and Australia and New Zealand. This has made it way more complex than it honestly should be.”

This investment will help Zonos develop the software further and expand internationally. “Even though we facilitate global trade, the majority of our customers are still in the United States,” says Reid. “In the future, you’ll see our offices pop up in Asia Pacific and Europe.” Reid added that the investment also gives Zonos the opportunity to expand into new verticals outside of ecommerce. “We're definitely a great fit for logistics companies, because we're not competing with them.”

Silversmith Capital Partners was founded in 2015. Today it has roughly $448 million in assets under management. Past investments include SurveyMonkey and Webflow, the popular no-code tool for web development. Reid says Silversmith was an ideal partner in their focus to build long term.

“We founded Silversmith to partner with entrepreneurs like Clint, who have lived their customers’ problems and are driven to solve them,” said Todd MacLean, managing partner at Silversmith Capital Partners. “That Zonos was able to bootstrap their way to this leadership position speaks to that understanding. It also speaks to the fact their solution helps customers capitalize on the inherent demand that exists in an increasingly borderless world. While their building blocks are data-driven APIs, at the end of the day, Zonos is in the trust business. That’s a great place to be and we are thrilled to be Zonos' partner for the next phase of the journey.” 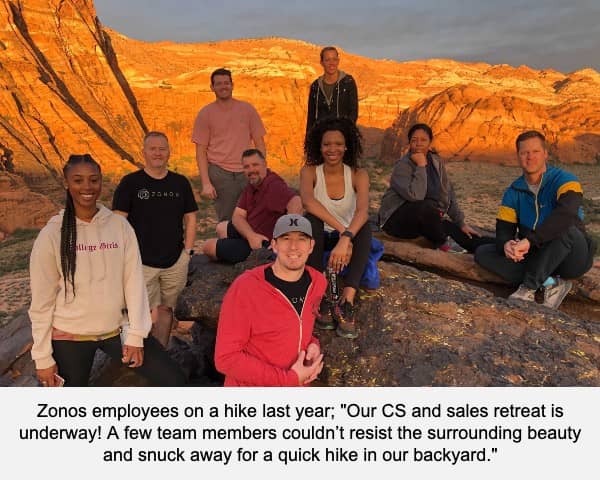 The Series A is notably large on its own terms, but is especially notable for a St. George company. Reid moved Zonos from the Bluffdale area to St George in 2013.

“People are looking for a lifestyle along with the company they work at,” said Reid. “St. George offers trails for mountain biking or running. People can go to [nearby] Zion National Park. Or you can go 45 minutes north and snow ski. Within two hours, you can be doing anything you’d like.”

Reid says that as the company grows, most of the new hires will be close to the St. George HQ at the Tech Ridge campus, previously mentioned in TechBuzz.

“It's a complex problem that takes a lot of collaboration and training and teaching. The majority of the team will continue to build and headquarter here in St. George, and then expand into other areas, hopefully in the next year or two.”