TechBuzz has organized a series of Wave Charts, presented below, that document in multiple dimensions the growth of Utah's tech sector over time—in five time periods we call "waves." TechBuzz Wave Charts are detailed infographics showing white on black company logos and approximate locations of Utah tech companies at the time of their founding. They also show unicorns (companies with $1 billion valuation or higher, a term coined by Aileen Lee in 2013), as denoted by a gold hexagon next to company logos. TechBuzz applies the term unicorn to eligible companies in waves that predate the 2013 origin of the useful and widely used term.

TechBuzz Wave Charts also show investor activity (quantity and names of Utah-based investment funds/firms active during each wave) and WIN100 awardees, a crowd participation program of the Wasatch Innovation Network honoring the top entrepreneurs in the state as nominated by the public and voted on by other entrepreneurs. WIN awardees are denoted by a blue Utah map. Certain companies may have multiple WIN100 awardees, a practice that will continue as the WIN program enters its second year in 2023.

TechBuzz has defined the timeframes of each wave based on that period's investment activity, startup creation dates, and founder and investor insights from numerous interviews over the past few years. Periods of the Wave Charts break out as follows: 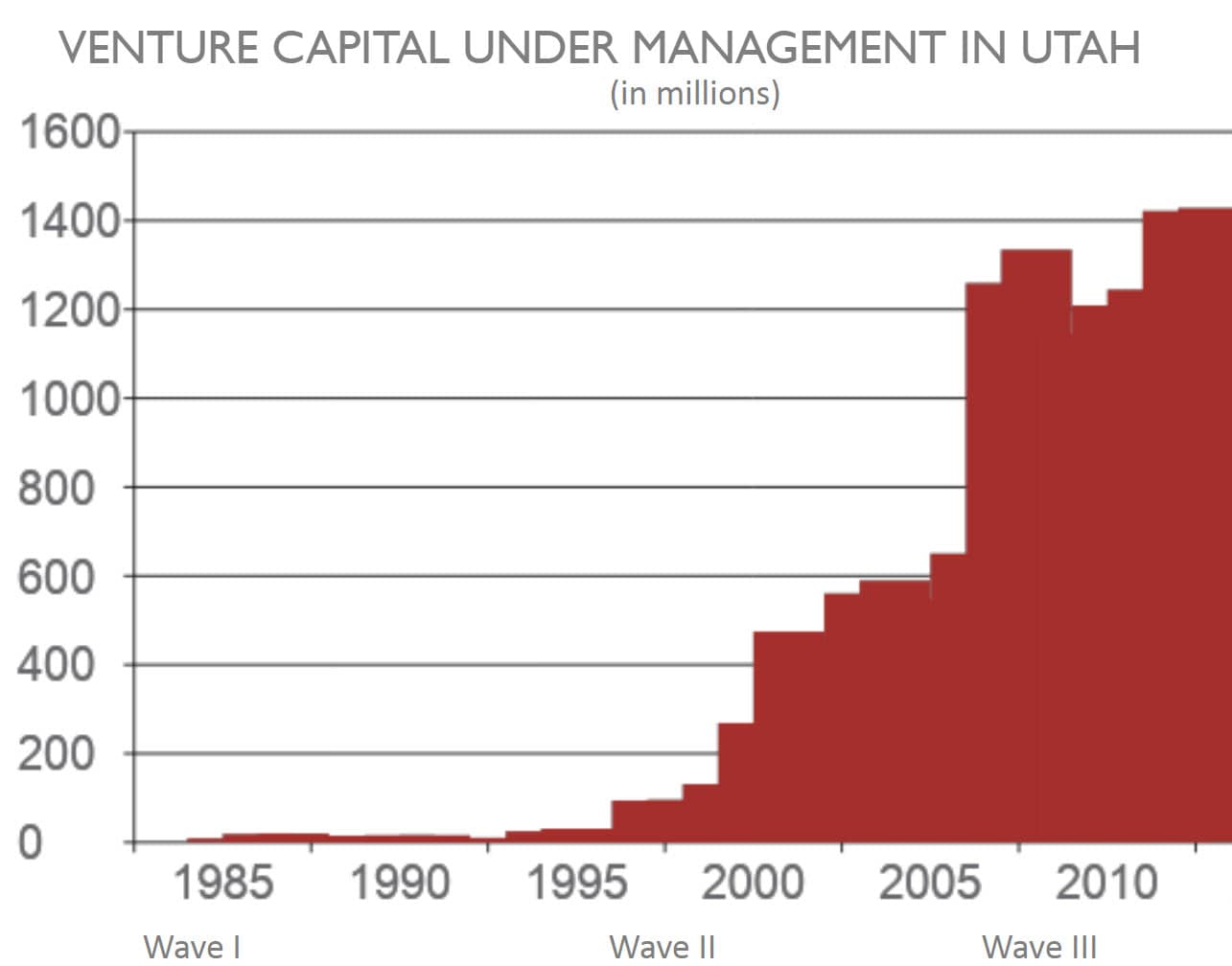 TechBuzz Wave Charts graphically illustrate the growth of Utah's tech sector from Wave I, a barren period of little to no institutional investment in the tech sector between the 1970s through the 1990s, until around 1997. During this "capital desert" a handful of Wave I tech companies enjoyed considerable success, notably Novell, WordPerfect and Iomega. These companies were largely self-funded.

Investment activity began to pick up around 1997, marking the beginning of Wave II. Ten VC funds and 3 investment groups emerged on the scene and began in earnest to create Utah's tech and investment ecosystem. Nearly 50 tech startups emerged in Wave II. Twelve of them became unicorns.

Wave IV, starting in 2018, witnessed a continuation of this upward trend in startup creation. 118 new tech companies were founded in this period. VC funds, now at 29, steadily increased in number and size of investment. 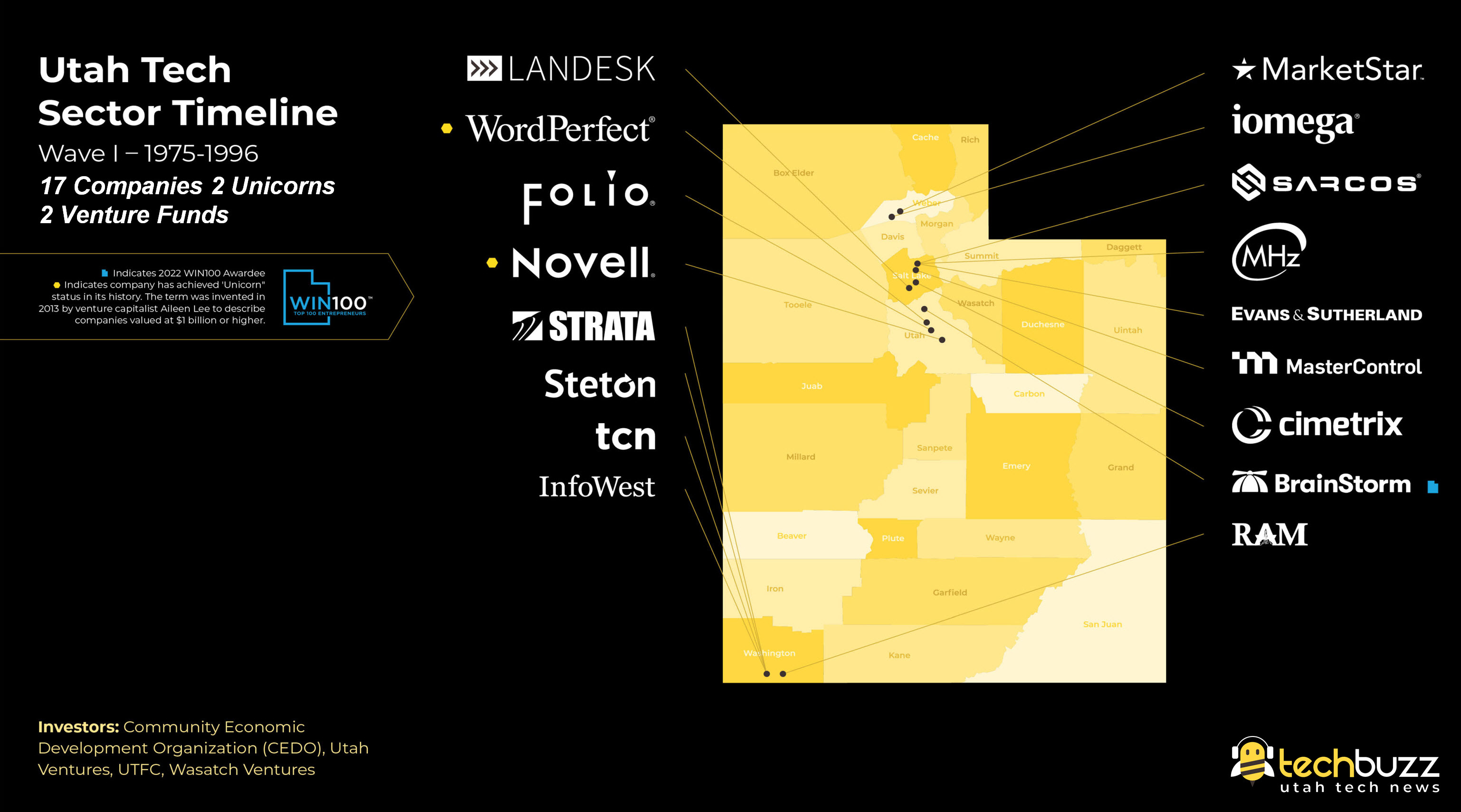 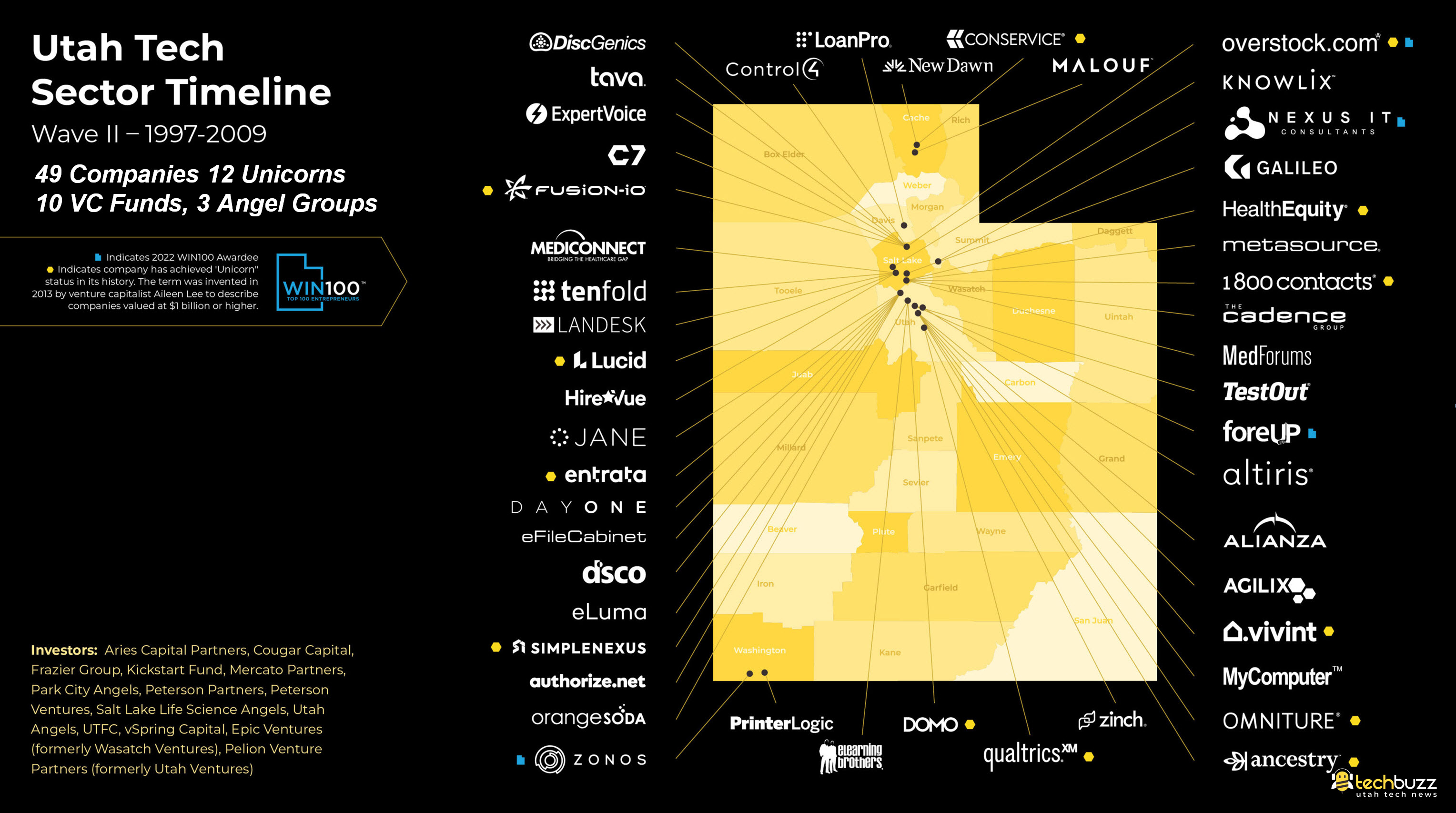 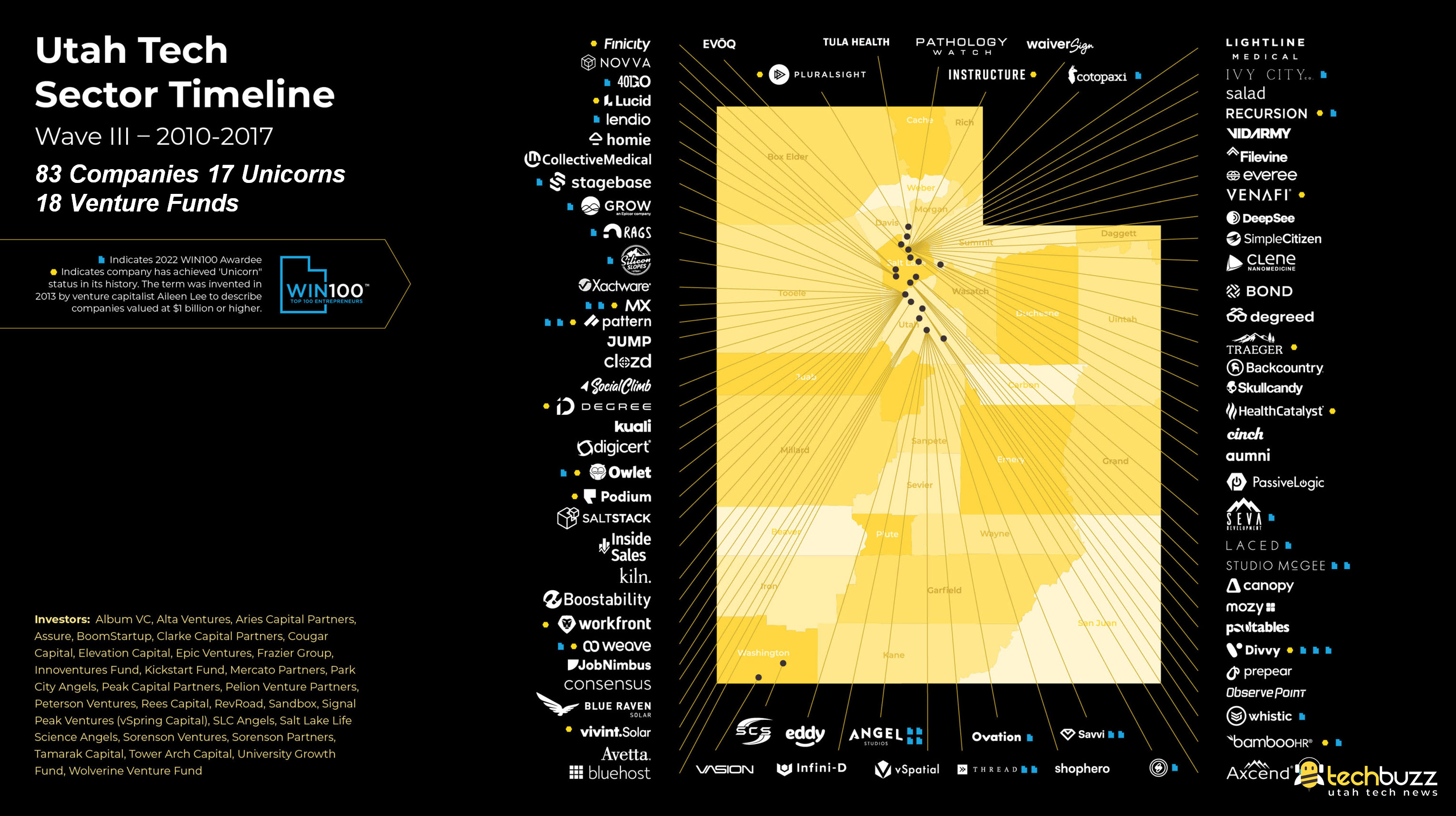 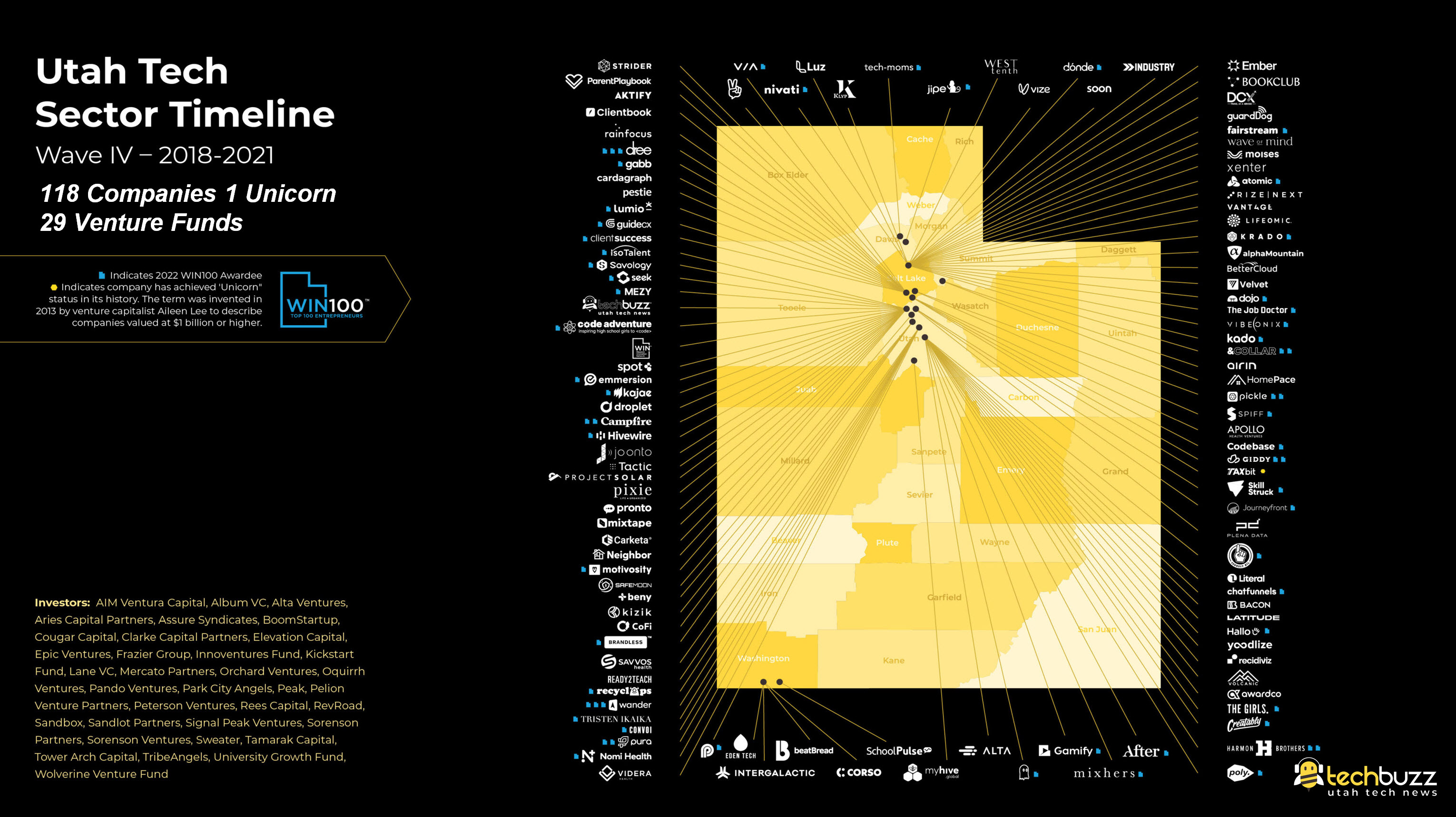 Contact info@techbuzz.news with comments or suggestions about Utah tech companies that we have missed. We update the charts a few times a year and welcome your feedback. We will introduce Wave V in early 2023.

TechBuzz is pleased to offer the K2 Securities 2021 Utah Tech Almanac, a compressive report mapping nearly all software companies in Utah and data about those companies related to funding, M&A activity, IPO, market trends, and more. The data is specific to Utah and all data was curated by K2 from trusted sources. TechBuzz contributed substantially to the report.

K2 is a Park City, Utah-based, FINRA-licensed investment bank serving disruptive software companies and select other clients in the Intermountain Region since 2011. K2 offers sell-side and buy-side M&A services for companies with enterprise values in excess of $25M. Craig Primo and the K2 team also help clients raise growth capital. With offices in the Utah and Latin America, the firm leverages its global network to source the right capital provider, acquirer, or target for its clients.

Download a pdf version of the 2021 K2 Utah Tech Investment Banking Almanac here. It slides are based on 2021, and, where available, 2022 data.

Contact info@techbuzz.news if you have any comments about the Almanac. K2 will update it a few times a year. TechBuzz will post updates on this page. K2 and TechBuzz welcomes all helpful comments and ideas. 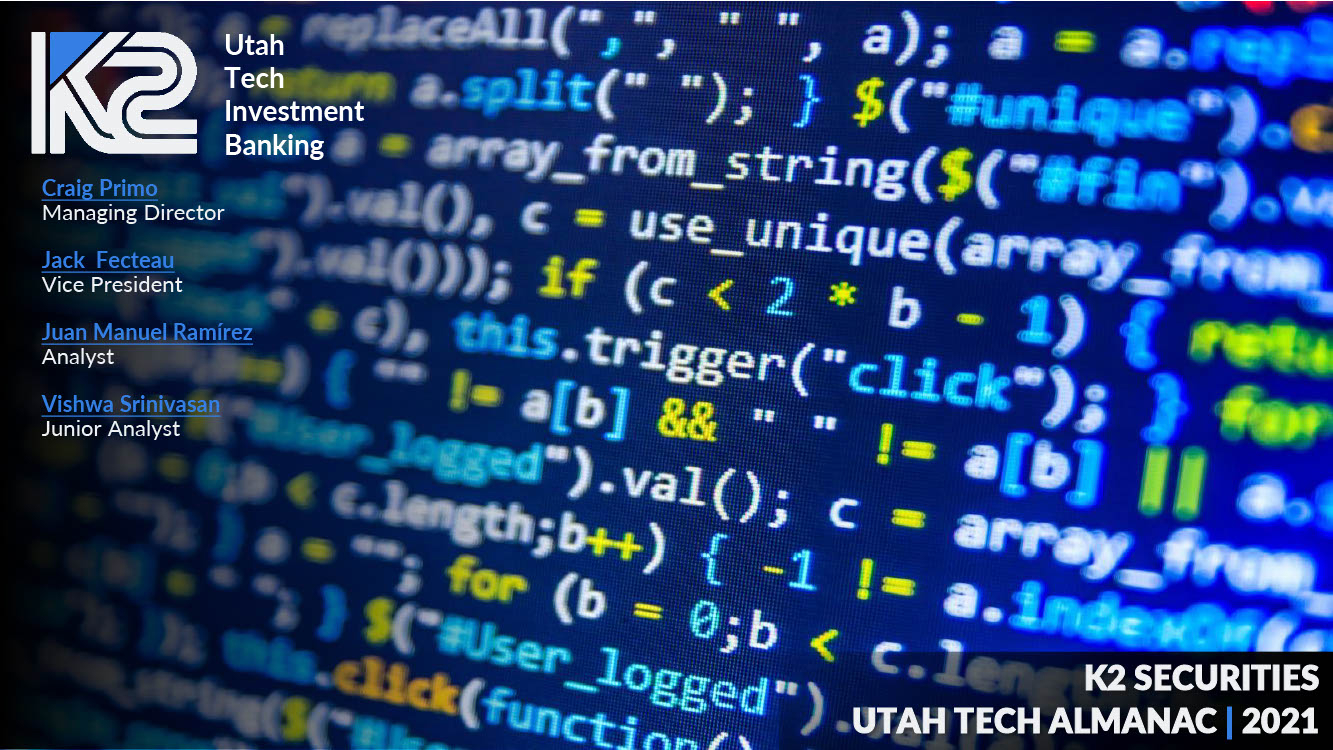 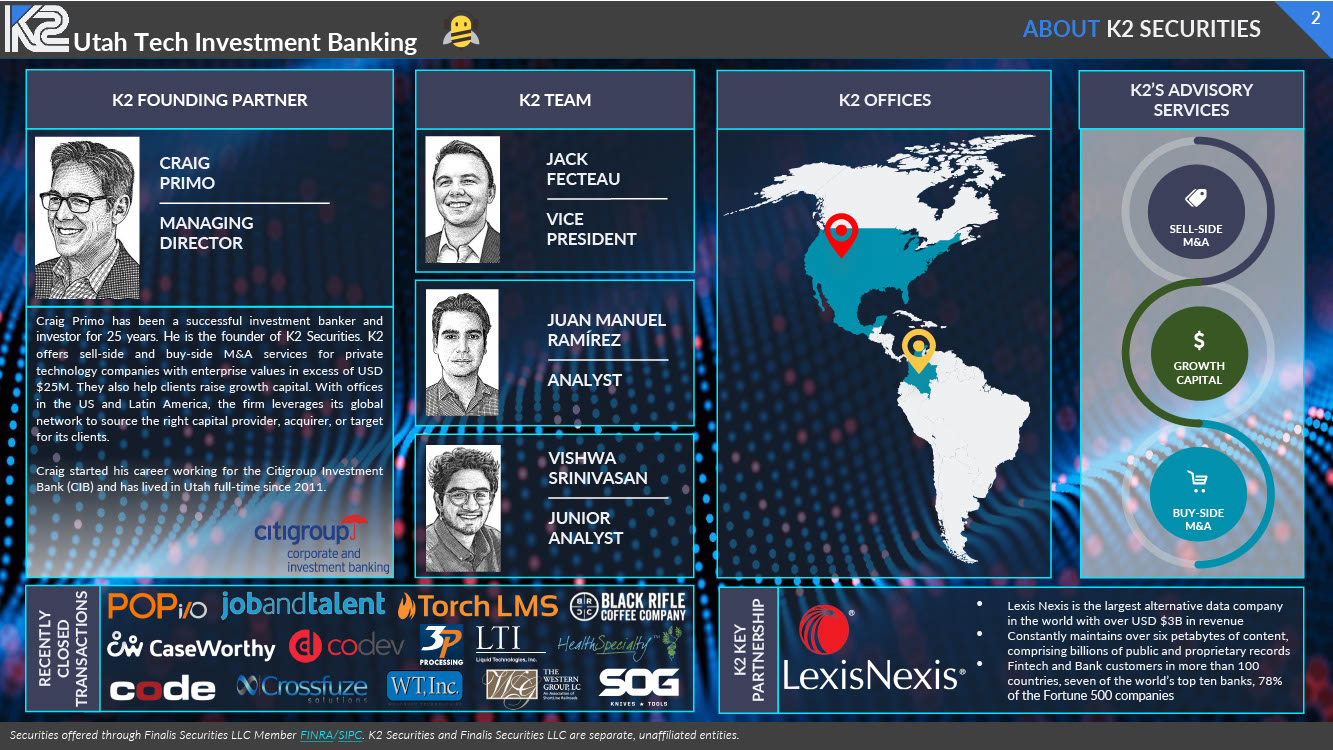 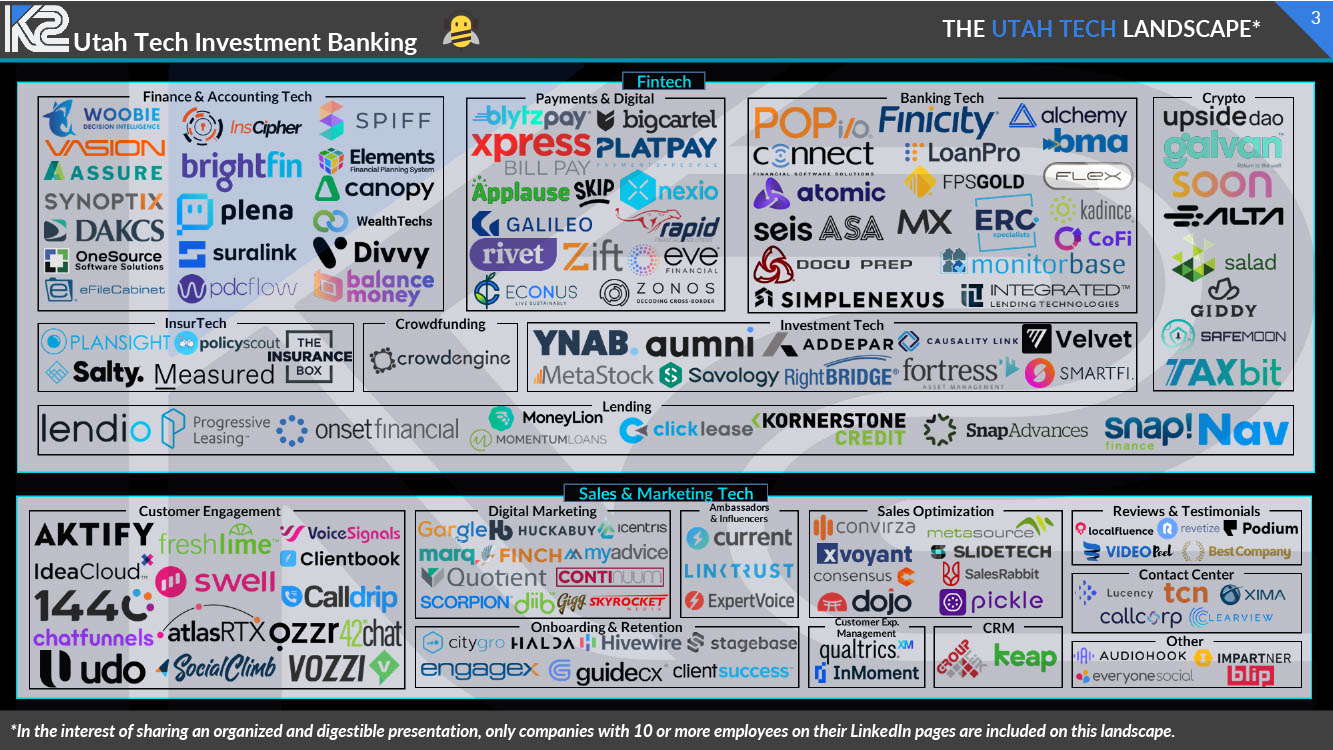 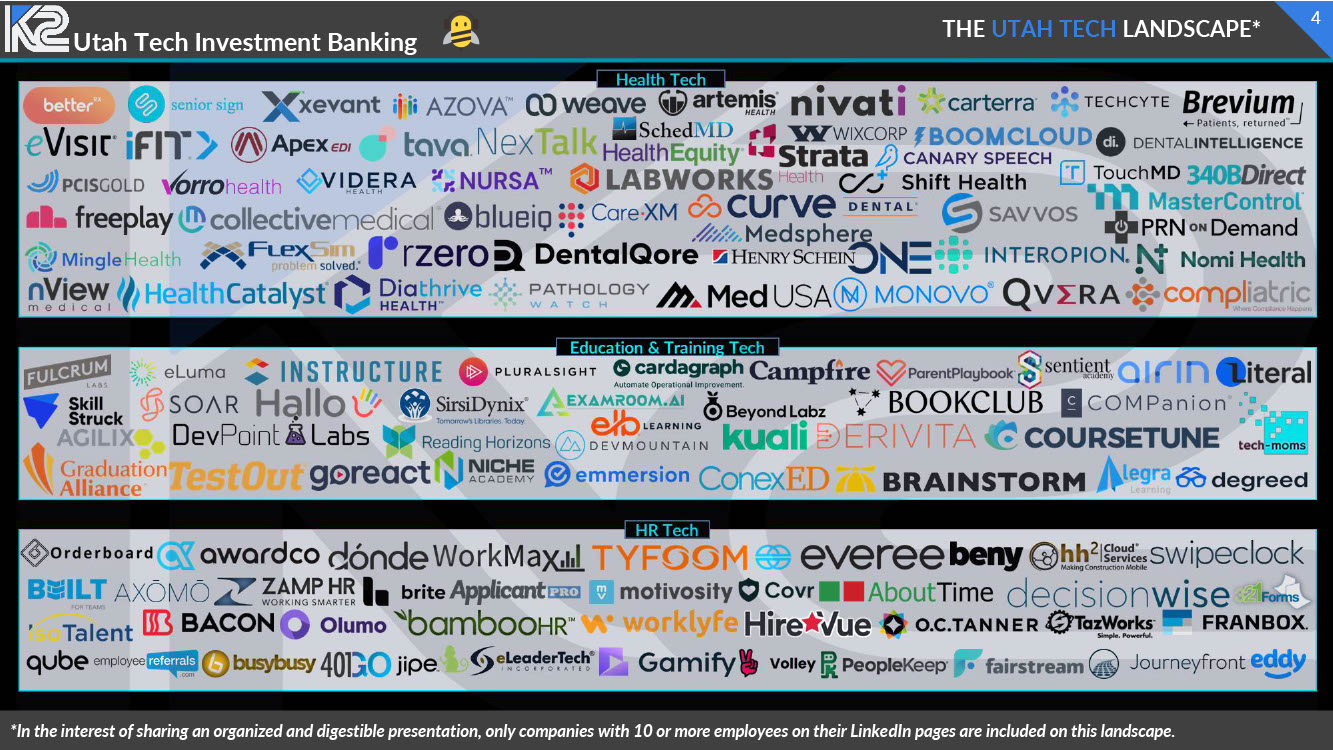 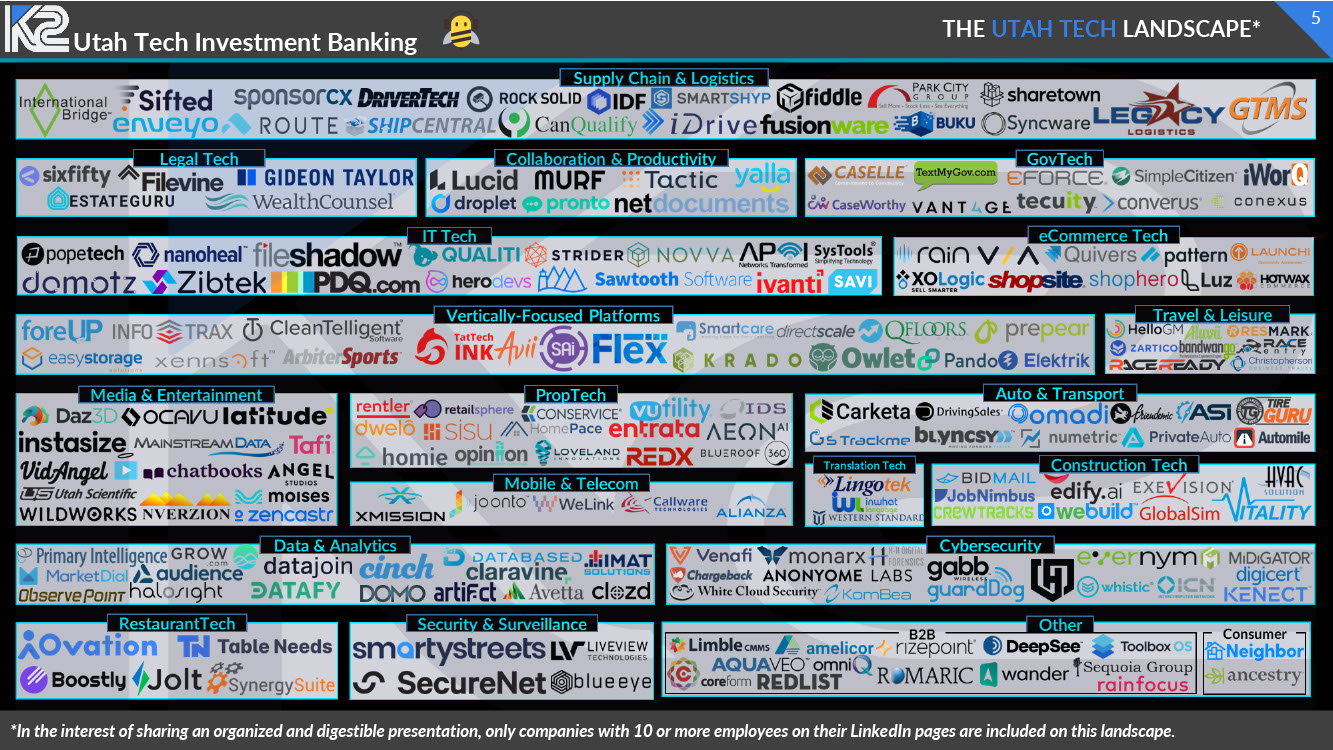 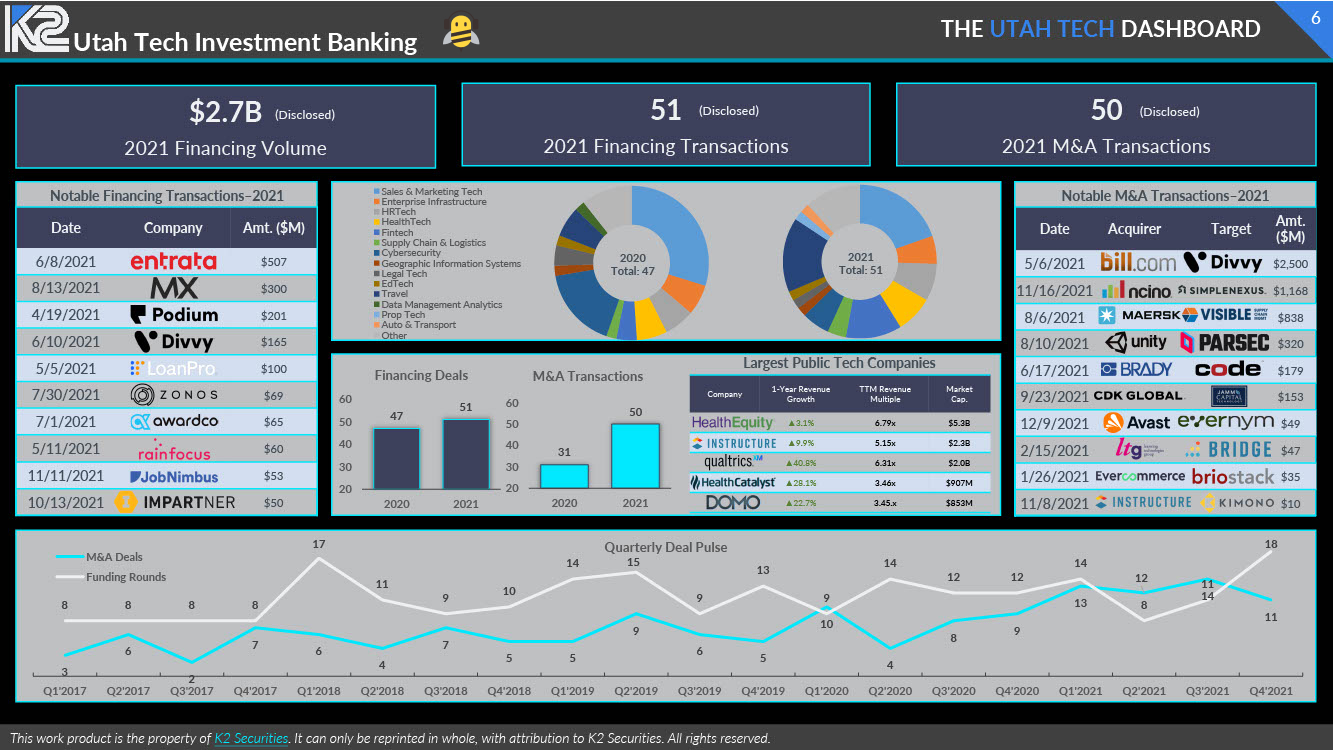 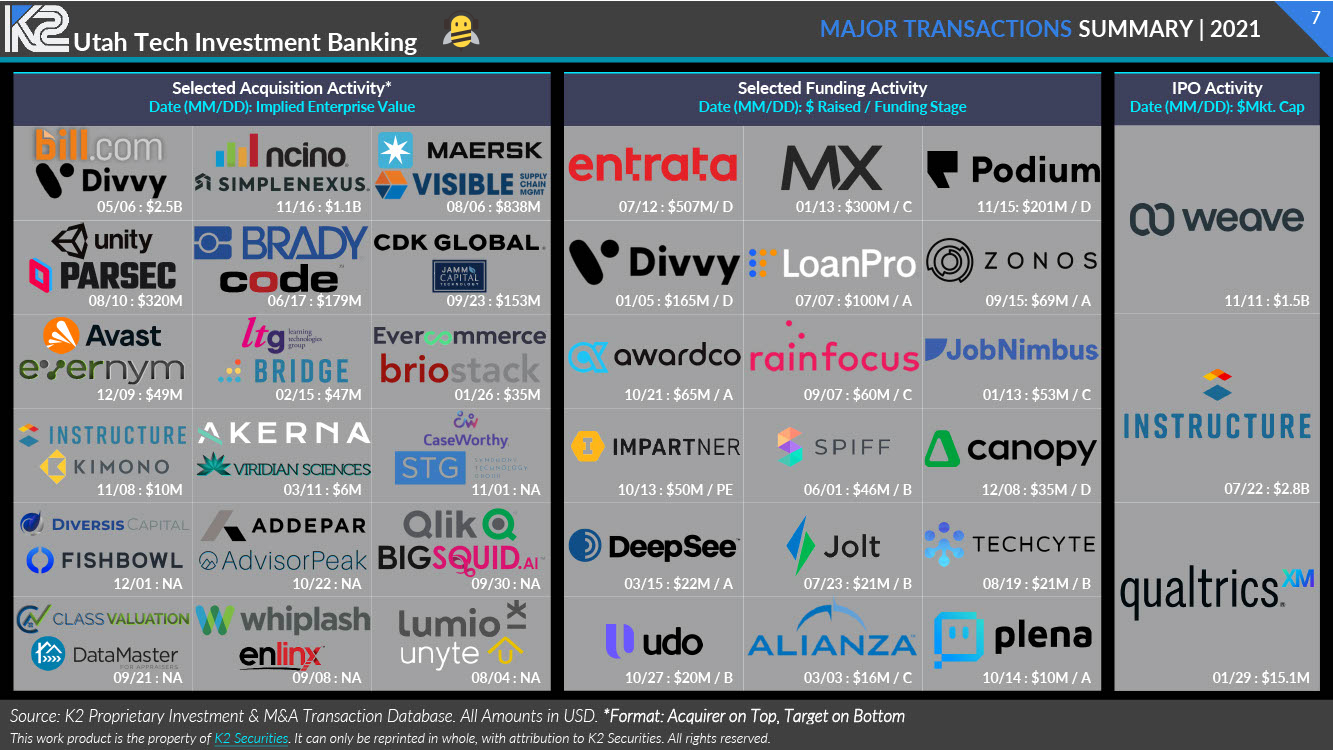 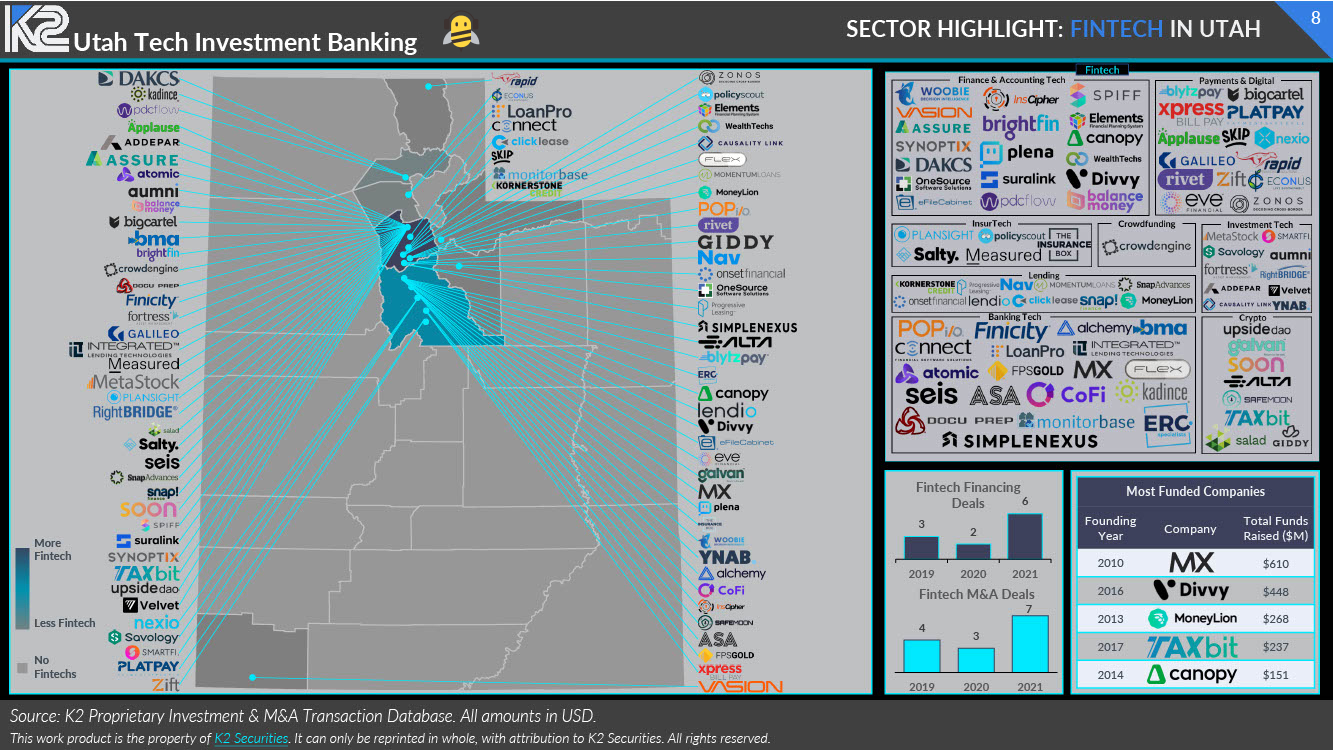 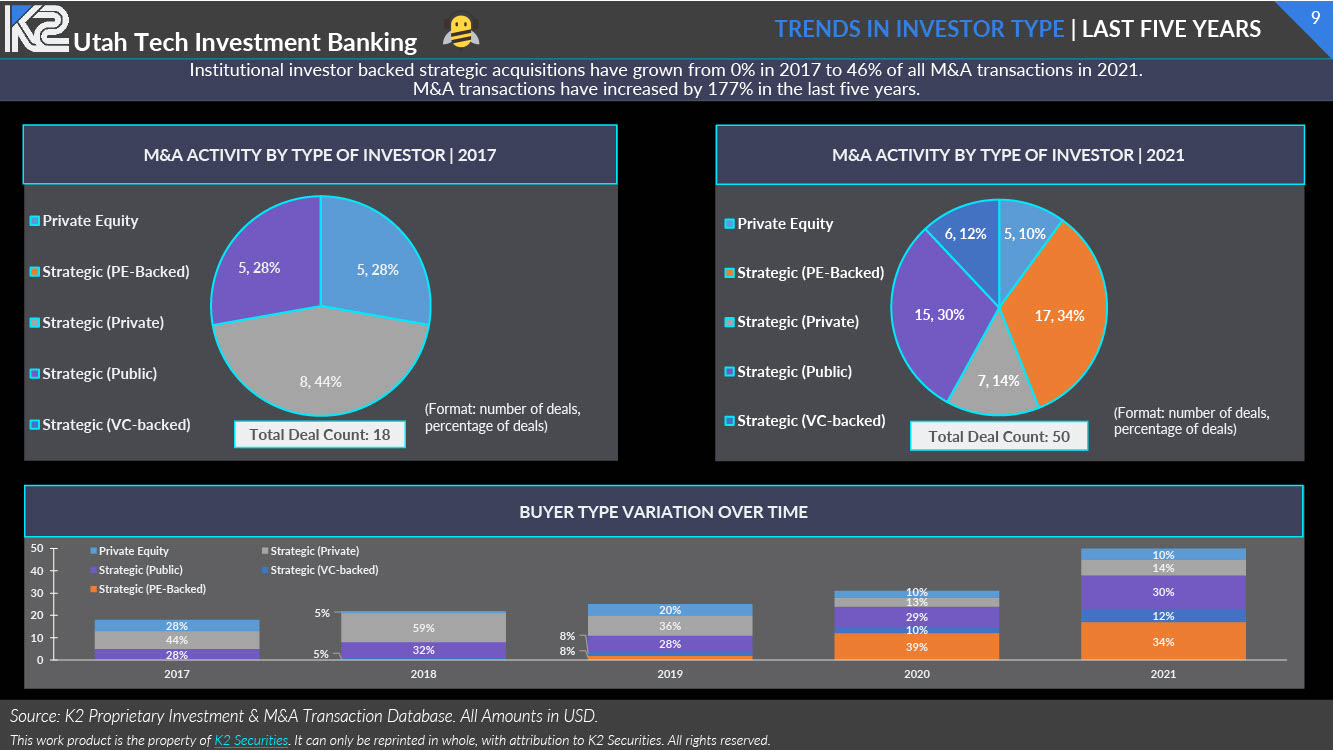 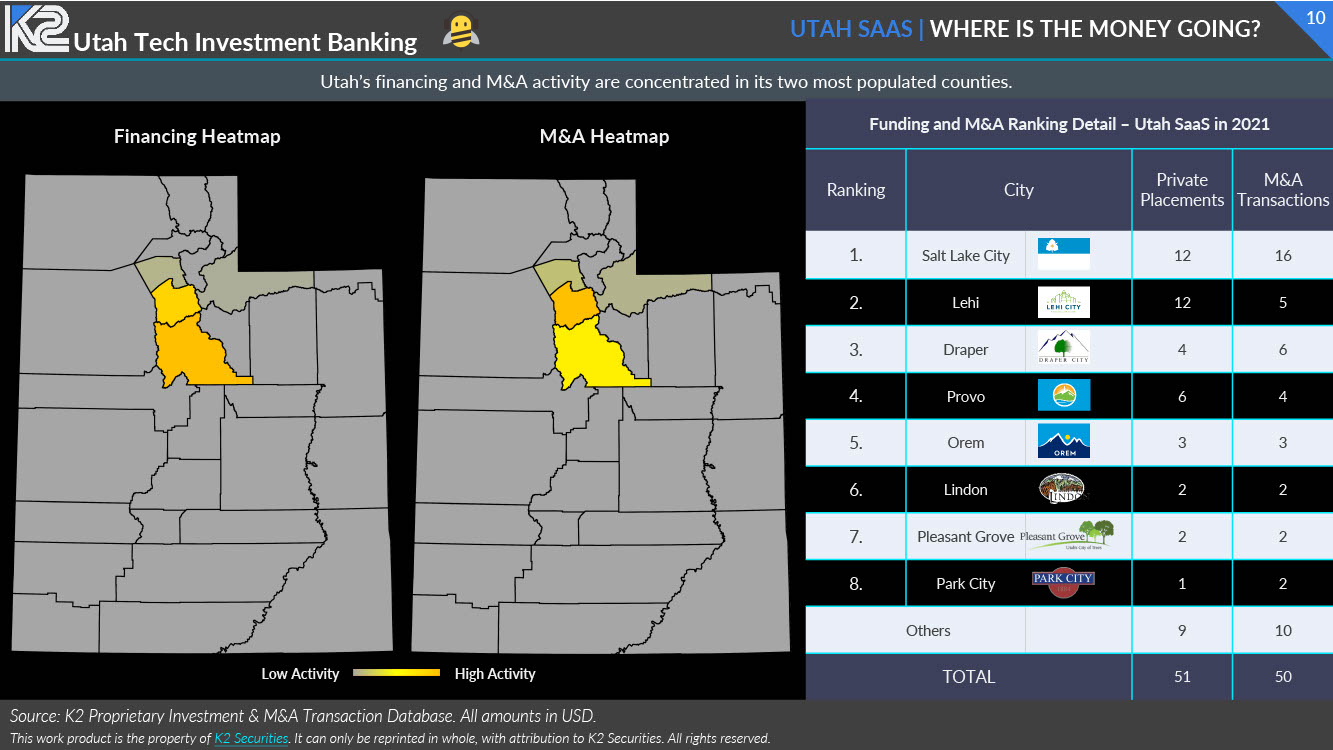 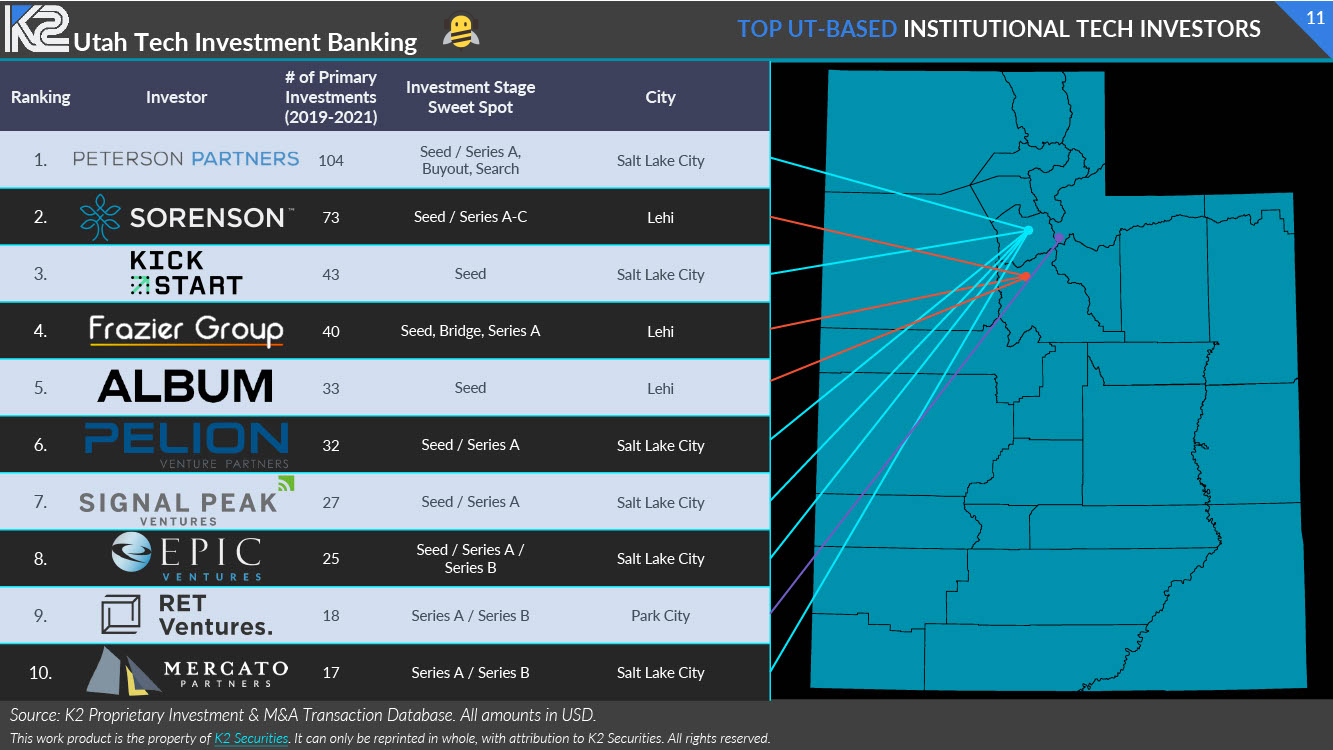 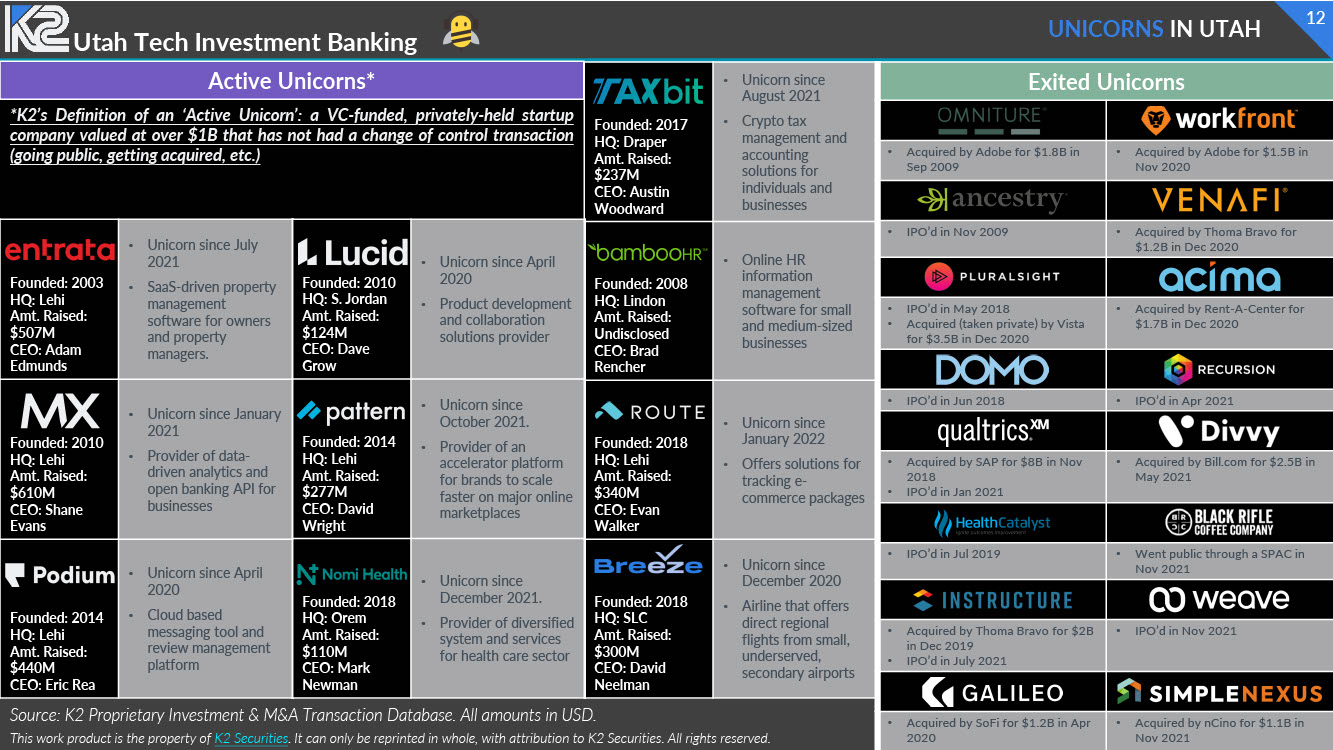 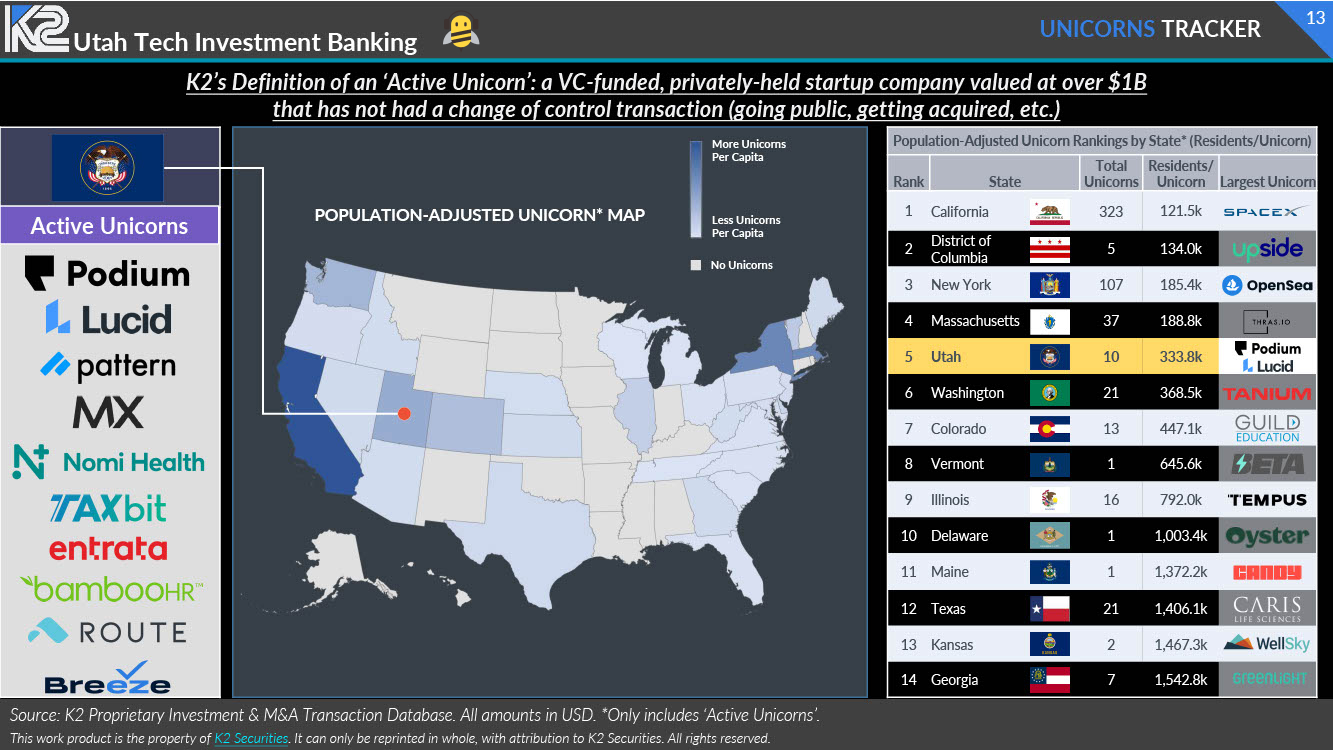 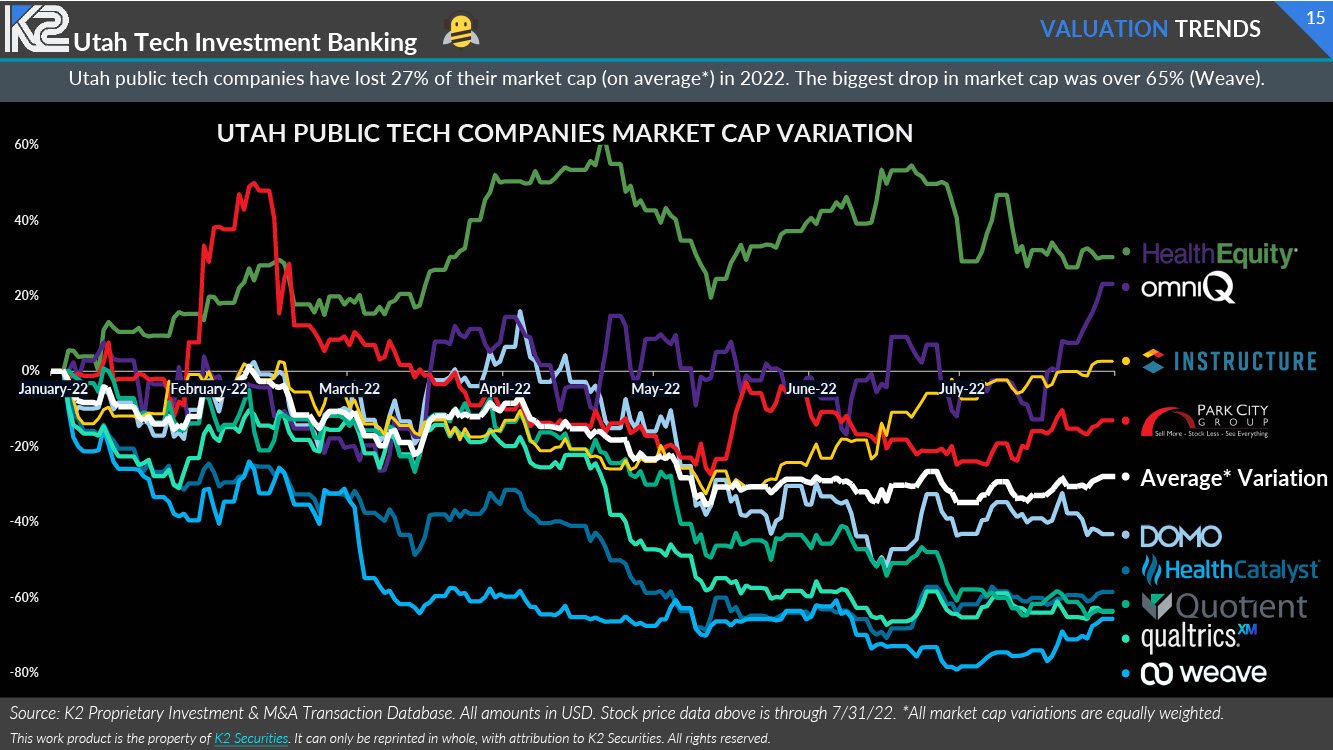 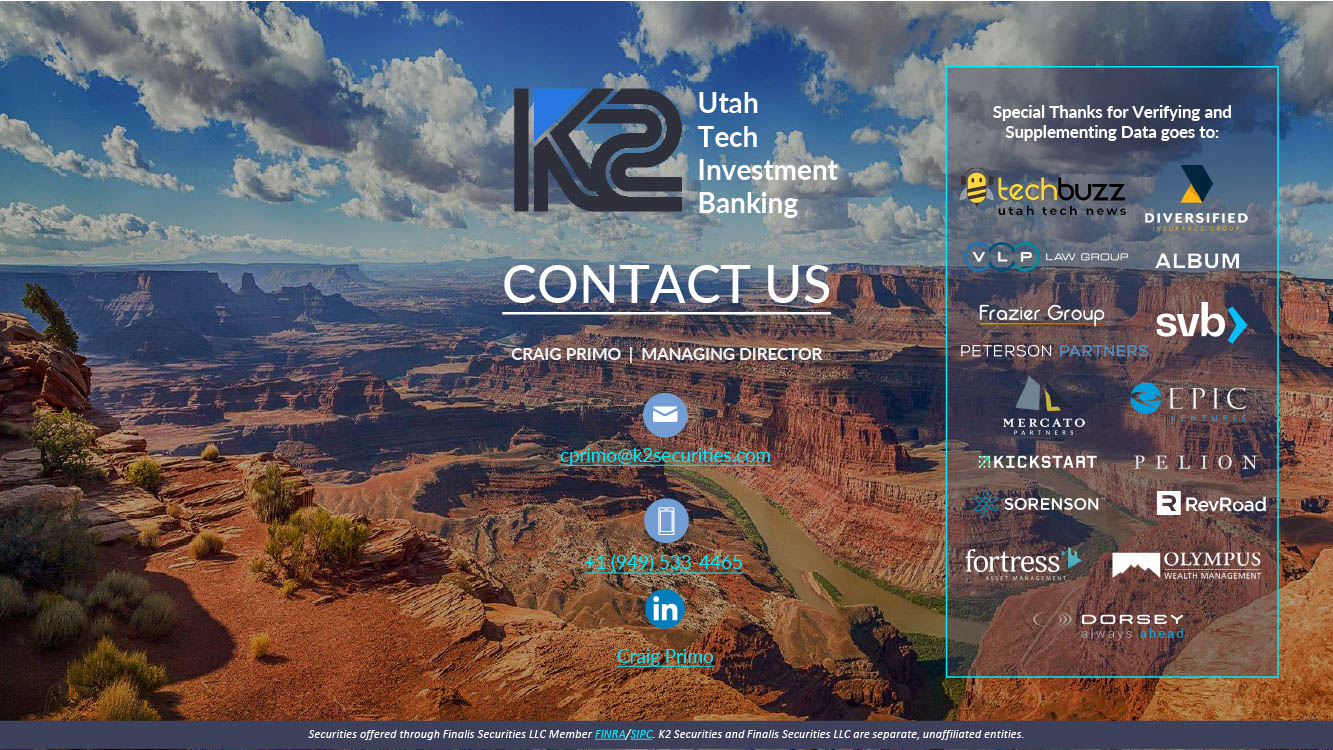