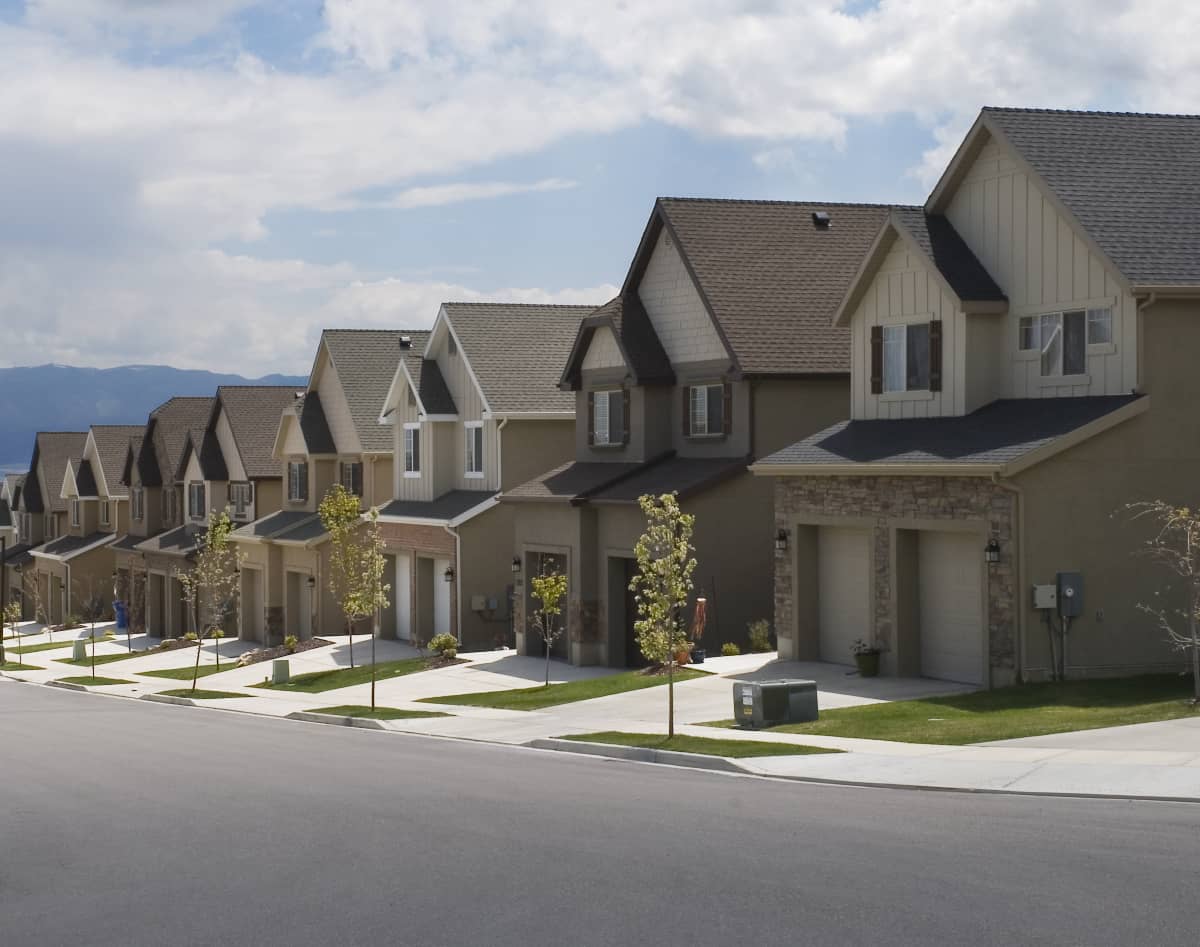 The Housing Crisis in Utah - Prices Up, Inventory Down

Note: This is part 3 in a series on the Utah economy from TechBuzz contributor Eliza Pace. See part one here and part two here.

When the Milken Institute issued its rankings of the “Best Performing Cities of 2021,” Utah, with pride, took three of the top ten positions. Provo ranked first, SLC ranked fourth, and Ogden-Clearfield ranked ninth. Development directors of each area met with TechBuzz to explain the rankings and economic success of their respective cities. However, each leader independently shared a common concern: housing.

Natalie Gochnour, Director of the Kem C. Gardner Policy Institute at the University of Utah studies Utah economic data for a living. One of her biggest concerns at the close of the COVID-19 pandemic was the housing market. 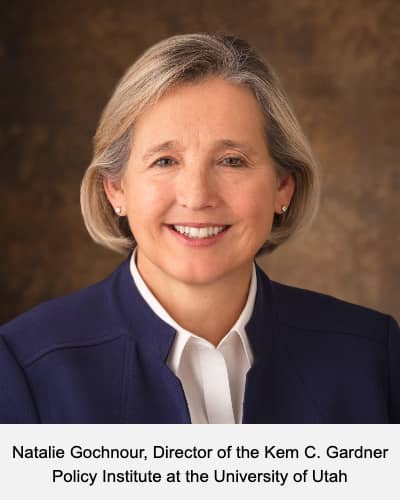 “Housing is one of the most serious problems our state faces right now. We have a housing shortage,” Gochnour said. “Even during a pandemic recession, our housing price appreciation was 11% from 2020. That means the price of the home on average increased by 11%, and it's basically making it very difficult for new homebuyers, or even middle income buyers to purchase or afford a home. So that's a major concern, and a very difficult one to solve.”

The April Housing Report released by the Utah Association of Realtors paints an even more dire picture. Housing prices were up 26.8% since last year.

For Tom Christopulos, the Economic Development Director of Ogden City, the rise in prices was concerning.

“We have a housing project that we've developed that’s basically 1,200 square foot homes. Those were started at $350,000, and they're now up for $400,000. I just look at that as a 1,200 square foot home, and I'm going, ‘Well I must live in a mansion,’ because [the price] just boggles my mind,” Christopulos said. “The costs are still nominal compared to other markets, but they're concerning, because as fast as our rate of wages have grown in the last five years, the housing has outpaced that curve, and is outpacing even the income that's going up. My hope is we'll get a deflation on some of those housing costs as the markets do build out. There's just so much demand.”

However, Christopulos mentioned with relief that Ogden had not reached the same levels of housing costs as Salt Lake City.

“I've been talking to friends, and they've lived in Salt Lake all of their lifetimes. They're just amazed at the rents they're getting on apartments that are going up around them,” Christopulos said. “Hopefully that will moderate, because we're starting to talk about rents that are getting too close to the level of LA.”

Christopulos and  Keith Morey, Development Director for Provo City, pointed to migration as a contributor to the current crisis.

“It's ironic to me that people move away from places where there are problems, and then they bring those same problems to their new environment,” Morey said. “I think a lot of that really depends on us, in you as a citizen and me as a citizen. How do we make sure that we understand what our community values are and what it is that's important to us? And how do we develop general plans for cities that specifically identify those unique characteristics of community that are important to us and preserve them going forward so that we don't lose our way?” 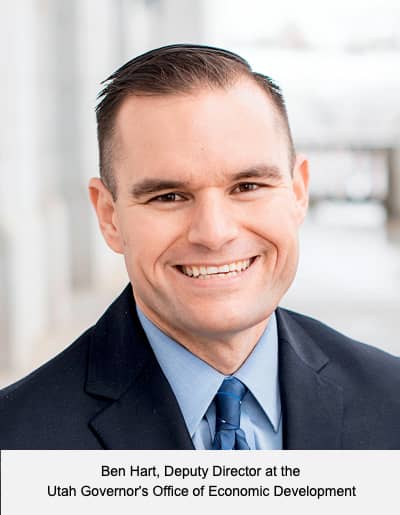 Ben Hart, Deputy Director at the Utah Governor's Office of Economic Development, said Utah has seen a steady inflow of people from California, especially over the last ten years.

“With the passage of H.B. 348, Governor Cox is laser-focused on not just recruiting new businesses to the state of Utah, but on how we work together to ensure  we don't stress and break our infrastructure system,” Hart said. “How do we make sure we're providing all types of affordable housing? How do we make sure we're coordinated between the state and our local communities? The new unified economic growth commission will really really be focused on ensuring we don't become like California.”

Morey mentioned the influx of people to Provo, referencing some data published by the Kem C. Gardner Policy Institute.

“There were about 40,000 people that moved into Utah County over the last six years,” Morey said. “There's a real push to try to meet that demand.”

In the Ogden-Clearfield area, the development plan of 2000 outlined specific goals for Ogden’s growth over the next 50 years. The plan was created by citizens, stakeholders, and city leaders.

“We figured we would be able to take nearly 50 years to occupy the 1300 acres that we had out there,” said Christopulos. Now just twenty years later, it’s nearly fully occupied.

“We're about 30 or over 35 years ahead of our original projection in the development. So that's the good news,” Christopulos said. “The bad news is we're almost out of space, for a product we thought we would have for a long time. We have three years of inventory left.” 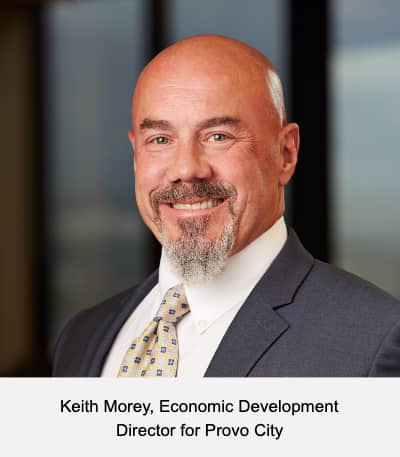 “We've seen that Utah historically had a lot of its own growth from its own population," says Morey. "We tend to have more children than the rest of the country does, generally speaking, and so we generate a lot of our own growth. And there's historically been a lot of in-migration to the state and the housing market has lagged behind that. That's why you've seen some higher housing costs. When you compare it nationally, we're still much better than the other areas that we are compared against, but we have lagged behind.”

Within the same data from the Utah Association of Realtors, inventory was down 64% when compared to last April.

“I'm hoping that as the developers try to meet the housing demand, that we start to see some balance come,” said Morey, “because it worries me a little bit that we reached some level of affordability that compromises how we rank nationally. If we start to get to the point where some of these other metro areas get to, where housing is so expensive that people would love to come here but they know that their employees can't afford it, then we haven't really accomplished much. So I'm really hoping that we can be responsive to that. I think there's some state legislation this year that would allow mother-in-law apartments on residential units by state law. Some of that is an attempt to address the issue.” 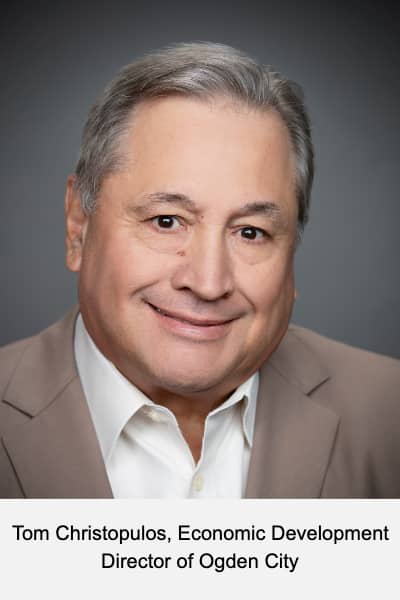 Recent legislation passed in March proved housing is an issue that has not gone unnoticed by the government. The state legislature approved over $50 million in funding for affordable housing, and passed bills making it easier to build basement apartments, “mother-in-law” apartments, and other accessory dwelling units.

Hart thinks the best approach to improving sustainability is to continue to strengthen the infrastructure.

“We're going to be able to expand in a sustainable way off the Wasatch Front,” said Hart. “I’m sure we’re going to see a boom in housing construction over the next couple of years. What we are hearing, like on the MLS (Multiple Listing Service, a centralized database used by the real estate industry) is typically there's 20-30,000 listings, and right now there's 1,400. I mean, we are definitely in strong growth.”

According to each of these city leaders, this growth will certainly impact the young working class seeking to buy their first homes. Inventory moves fast. Referring to home buyers and the short shelf life of housing inventory, Gochnour said, “Yeah, you have to make the most important financial decision of your lifetime... in like eight minutes.” 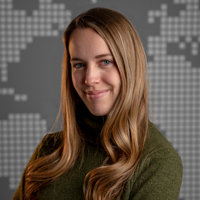 Eliza Jane Pace - Eliza Jane Pace is a Senior studying Communication/Journalism at the University of Utah. A Utah native, she loves the mountains, hiking and running. Eliza teaches piano lessons, considers herself a dessert connoisseur, and she has a thing for ABBA.