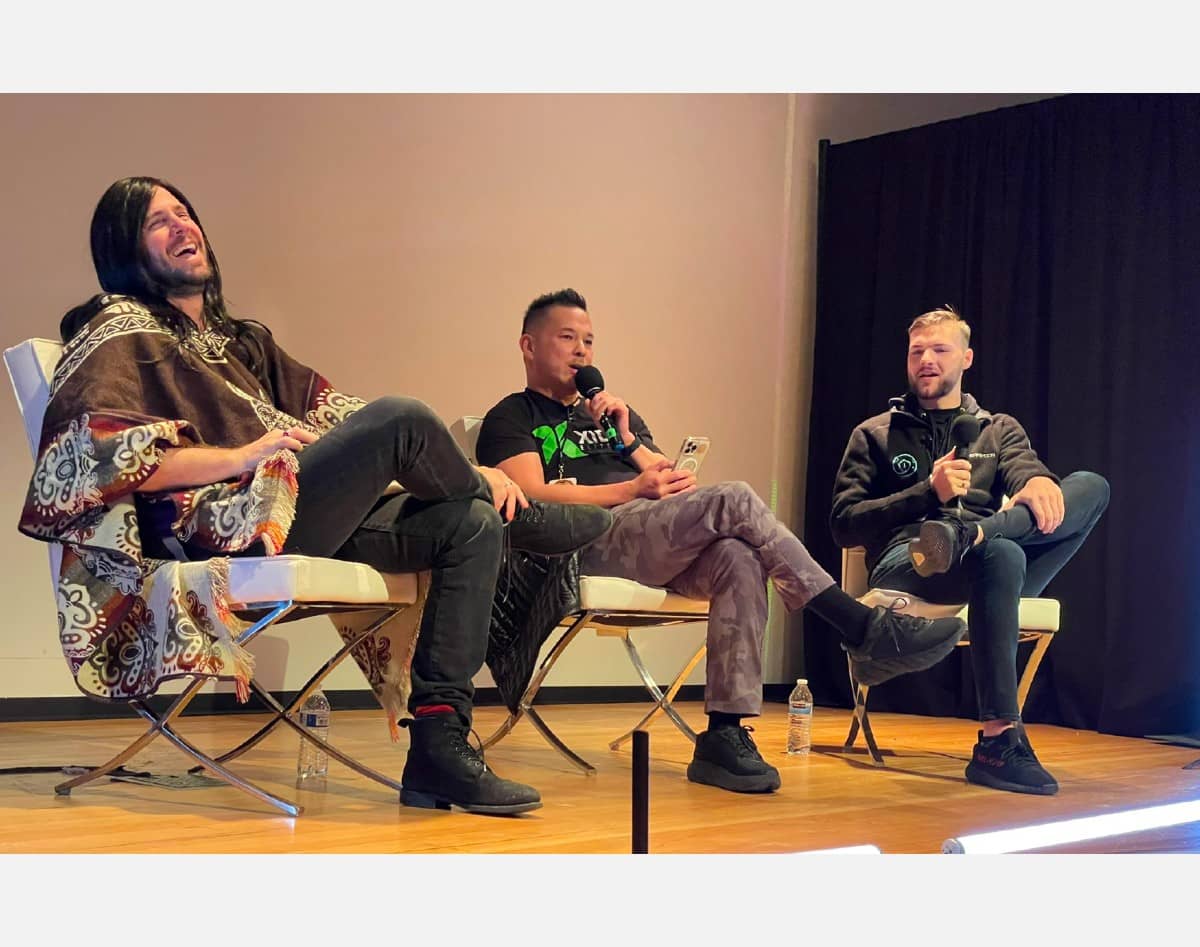 Yesterday the Leonardo Museum in Salt Lake City played host to Cryptopia SLC, an event bringing together the cryptocurrency community in Utah and beyond. The crowd filled a 200 seat auditorium to standing room only, with panel discussions covering the basics of cryptocurrency, decentralized finance (DeFi), nonfungible tokens (NFTs), and decentralized autonomous organizations (DAOs). The event was capped off with a “MetaMasquerade” mixer party for those wanting to connect with others in the space.

This event was a popup one day gathering. Event hosts, including Utah Business Magazine, say this is the first of a series, with a week long Cryptopia event coming in May and another week long event in October.

With a single track and several topics covered by expert panels, the event served as a welcome introduction for the crypto novice, and a chance for blockchain professionals to connect with colleagues.

The opening panel featured the figurative father of the gathering, angel investor Scott Paul, along with SafeMoon CEO John Karony and Xidax CEO Dan Young. Paul is a prolific early stage investor (and social media poster), and was the first investor in Giddy, which just announced an $8 million seed round within the past week. SafeMoon is a cryptocurrency token created in March 2021 on the Binance Smart Chain blockchain. The token currently ranks 215th of all crypos by market capitalization according to CoinMarketCap.com, at just under a billion dollars. Xidax is a maker of custom and high end gaming computers which often can also serve as cryptocurrency miners. Before Xidax, Utah locals may remember Young’s retail computer business from a generation ago, PC Laptops.

Fans of the SafeMoon cryptocurrency were especially prominent at the event, even drawing visitors from out of state.