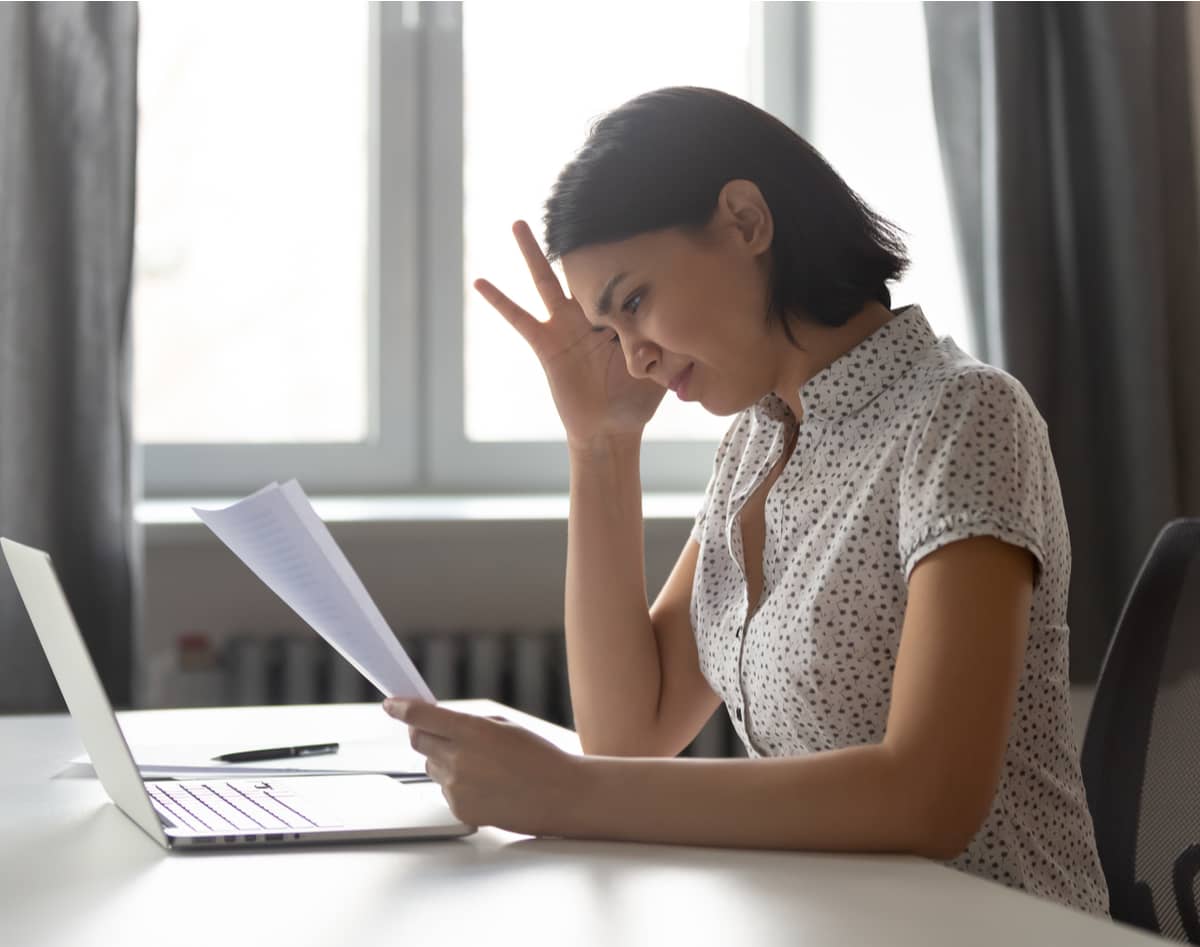 Lowballing...Is It Really Worth it?

A well-known CFO in the area. Praised in his industry as a true expert that was great to work with. Every reference and every skill checked the box. The candidate was excited and energized about the role, and the board was similar. Then came the offer. As a CFO, the math is the name of the game, and the offer came out to a 21% pay cut in total cash comp, and significantly fewer benefits than his current role. This was towards the tail end of his needed career, and he did not need a company at this point that did not see the value he could add. He also was not in a position where he needed to take less, when so many would give him more. 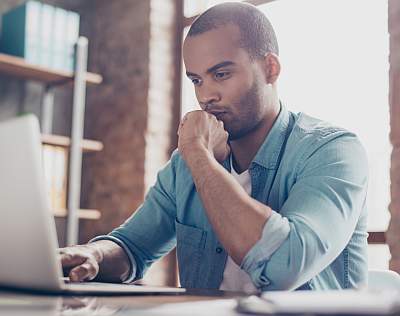 Talking to the board and investment team, they wanted him to be energized by the potential equity (which was average), they wanted to save a buck, and they had one minor concern about his timeline and despite what he said, they would not believe him. Overall, he didn't need this. Very professionally, he rejected the offer and did not want to talk further about negotiations given he was a little offended. He was very clear from the beginning what his expectations were, and they continued to have him interview for over fifteen hours. It is six months later, and they are still looking for their candidate, and have tried twice to get him back, with no interest.

This is real. We see it every single day. Ask any business owner, CEO, or overall manager of any type of business publicly about what they think about their employees, and you’d likely get a 2-minute monologue about how the company would be nowhere without them, or that they are the most valuable asset in the business, generally something to this effect.

This made us think, why, if employees are so valuable to companies, do people consistently get offered a less than they’re worth or currently making? In over 50% of offers that we assist employers in making, employees are offered 10% to 20% lower than what they should get, or may already be getting in their current place of employment? Most employers would brush this off, saying “we never do that” but believe me, you have and will.

Why This Is Hurting Your Business

Now, don't get confused. As an executive recruiting firm that works across a variety of industries, we’ve seen firsthand how some employers adopt the low-balling mantra when it comes to offering potential candidates their compensation offers, and we understand WHY. You negotiate for the lowest price possible to save money, because budgets run businesses. But will the money saved really make that big of a difference?

The trade-off that we would like to bring to light is this: Does the amount of money saved by forcing a candidate to claw and negotiate every last penny of their deserved comp, out-weigh;

When you fail to meet what the candidate is already making, or what they’re worth, their response is typically the same. Some merely pass on the opportunity. The others will try and negotiate further because they have a genuine interest in working for your company. However, even when they are eventually brought on, their ego and motivation has taken a hit.

Here are a few reasons why this tactic is detrimental to businesses big and small:

The most obvious loss a business experiences because of low-balling offers is missing the opportunity to work with some amazing people.

We are talking about people who have the potential to do and bring a lot of good into a company with their experience, points of view, and overall qualities. Experienced individuals who know their industry also know how much they are worth, so it’s unlikely they will settle for less. Even if you promise them additional benefits such as equity, they just don’t have to play the game if they are gainfully employed.

You Develop a Reputation

A low-ball offer is something a person remembers. Essentially, you are telling potential candidates that although you recognize their qualities and skills make them a good fit for the vacant position, it’s not enough for you to value them at the level they are at or realistically desire. This is the kind of red flag that a company cannot easily shake, and in many environments will even "make the rounds" in the industry.

People tend to talk, and you never know how a potential candidate is going to research your company (because yes, potential candidates tend to do their research on you, just like you do on them), and decide you are not good for them because of your bad reputation. A lot of companies play the cards that they want the employee to “want them” or it is not a good fit. If you talk to seasoned entrepreneurs, they will laugh and tell you about their younger days when they were that naïve and recognized that literally most their success and failure were based on those they surrounded themselves with, but without the monologue.

You Start Your Relationship with Skepticism 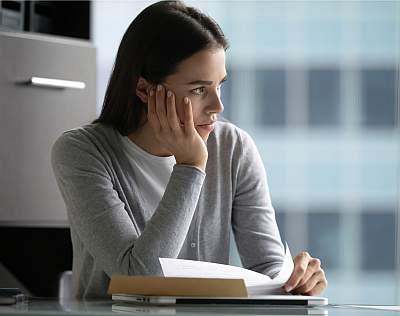 This is challenging to understand, but in recent research, the first six months of an employee’s performance is driven by the excitement that they have when they start with a company. After this point, it is driven by how well they feel the company appreciates them, along with other engagement criteria. You could potentially be losing six months of “better” productivity by not getting them in the door feeling excited and valued.

With the candidates we place that are low-balled on an offer, they immediately feel like they have hit a glass ceiling already. It makes them feel, from day one, that any potential growth will be a constant uphill battle. This drives a lack of motivation and gets them looking for their next role quickly, unless quickly impressed in their role or with their manager.

Why Better Offers Help Your Business

Of course, nobody is advocating you overpay people. It’s not a one or the other type of situation in the least. However, companies that want to attract valuable, loyal employees who bring their experience and know-how to the table must consider paying these employees what they are worth in a competitive market.

Before you question our logic, here are some rather compelling reasons to do it:

1. You Start Off on the Right Foot

A company willing to pay an employee their worth speaks volumes as to how the organization actually treats their teams. This remains true whether we’re discussing executive positions or any other levels of the company’s hierarchy.

Offering them a decent wage without using low-balling tricks is, perhaps, the best way to show an employee your company cares about its people.

2. They Will Reward You Through Their Work

Money may not buy happiness, but it does offer a special sense of security that comes pretty close. You could offer employees a lot of benefits that you deem amazing, but if their wages aren’t enough to offer that sense of security, it creates a lot of stress that’s carried into the office every day.

Particularly for executive roles, we’re talking about individuals used to a specific lifestyle, so it’s likely they won’t bother accepting a position that doesn’t allow them to at least upkeep it. But the same can be said about other positions - an employee worried about making rent because they don’t earn enough, won’t have the right mindset to perform at their job.

3. They Become Loyal to the Company

Businesses who pay people what they are worth are essentially establishing loyalty among their employees. You are more likely to trust a person who is honest with you and values who you are, right?

Well, that’s not much different in the employee-company dynamic. And loyalty pays off in a lot of different ways:

The word of mouth in the recruiting industry is powerful. What do you think the good reputation of a company that pays its people fairly will do to your recruitment process?

Just as a reputation for low-balling people gets potential employees to run from you, doing the opposite attracts more, better people.

Compensation is determined based on the value you think a person will bring to your business, and by taking into account their qualifications and experience. A low-ball offer is like telling a person you don’t think they can add any sort of value to your business, yet you still want to hire them. What kind of individuals would agree to that deal?

Such hiring practices simply need to stop. It may save a little cash in the short term, but low-balling compensation offers do not make a company successful. 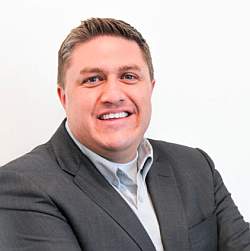 This article is the second in a series of recruiting and HR articles from guest contributor, Austin Miller, founder and CEO of IsoTalent. While spending years in executive HR roles, private equity, executive recruiting, and consulting, Miller experienced first-hand the pains that come from never finding the right leadership centric search firm. As such, he decided to branch out and create IsoTalent, an experienced-based, high-touch executive search group that would get leadership placement right every time. Since its inception, IsoTalent has successfully filled hundreds of C-level roles as well as thousands of director roles, VP positions, and other tough-to-fill jobs. Miller will be contributing more articles on recruiting and HR practices in the coming weeks. Check them out!